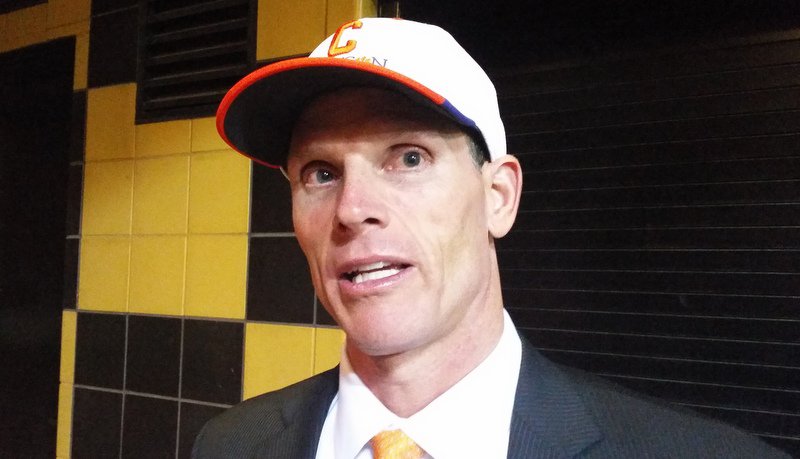 Venables talks to the media after the win over Wake Forest

WINSTON-SALEM, NC – The final numbers for Clemson’s defense in the Tigers’ 34-20 win over Wake Forest last Thursday night are the kinds of numbers most defensive coordinators would be proud of.

Clemson held the Demon Deacons to just 119 total yards of offense – almost a hundred yards under their NCAA-worst average – but Wake took advantage of two Clemson turnovers and multiple Clemson penalties in scoring their 20 points. Wake Forest quarterback John Wolford was just 11-for-29 for 88 yards on the night, and the Deacs rushed the ball 34 times for a whopping seven yards.

The 20 points were what mattered to Venables, however, and he told the media that after the game.

“I am not really a final stats guy. It's really more about a feel for the game, and we weren't as sharp as we have been to be honest with you,” Venables said. “We got into a much better rhythm in the second half and played a little bit cleaner in the second half. I am disappointed with some things in the first half. We weren't our normal selves - just a little bit off and not quite as sharp. But we got a win on the road here on a Thursday night. And we played much better in the second half than in the first half, in my opinion.”

Two turnovers – one on an interception by Cole Stoudt

Cole Stoudt
Sr. Quarterback
#18 6-4, 231
Dublin, OH
View Full Profile and one on a special teams fumble – led to both Wake Forest touchdowns. However, Venables said it is up to his defense to keep the opposing team from scoring.

“It's a short field and we didn't respond on short field. On the busts, we didn't play with the right technique and they out-executed on those two situations,” he said. “In the past we have been real good in the red zone and they haven't been very good and tonight was just opposite. We are better than that. We compliment them on their execution - that kept them in the game. We just weren't sharp.”

Pass interference penalties against the Clemson secondary also played a part, and Venables said his message to that group was pretty simple.

“Play better technique. You have to take the flag out of the official's hands,” Venables said. “That is our fault for letting them have an opportunity to throw those flags. We have to be better in our fundamentals and technique and not let them throw those flags.”

The Tigers still sit near the top of the national rankings in total defense, but Venables laughed at the notion that his group has a lot to be proud of.

“We are shooting for that to be there in early January. There are no stickers or stars or trophies or smiley faces there right now,” he said. “I am proud of how we have performed and the improvement we have made in the two years. It's really strong. Our guys have really worked and established themselves.”