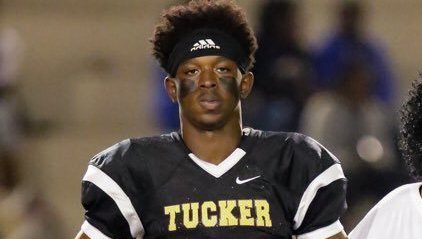 Flowers had a good time on his Clemson visit

Another busy week in Clemson puts us one week closer to the start of spring practice in football, but optimism is high in both basketball and baseball as one season hits the home stretch and another starts in two weeks.

Throw in a little football recruiting and next week’s National Signing Day, and February is off to a good start.

We will start with recruiting – I am hearing that defensive back prospect Patrick Surtain is a still a long shot for the Tigers, but Clemson is in good shape with defensive back Mario Goodrich and I’ve heard good things following the coaches in-home visit with wide receiver Justyn Ross earlier this week.

The coaches are, in what has been a topsy-turvy recruitment, endeavoring to get back in with linebacker Dax Hollifield. Clemson has made a charge at Hollifield, backed off because of numbers, gotten back in it and then backed off but are now trying to get back in it. At this point, nothing would surprise me. Hollifield visited campus earlier this week and members of his family visited today.

A latecomer to the process – defensive back and baseball recruit Trevon Flowers, just left Clemson after a visit that spanned parts of three days.

I’ve been texting with Flowers and will hopefully have a recap of the visit soon, but he did give a glimpse of how the visit went.

Flowers had a good time on his Clemson visit "

"It was pretty good, I liked the facilities and the people," Flowers said. "They want me bad. They need help at the safety spots and I'm pretty much a priority. They want me bad."

Flowers only played one season of high school football and he said the Clemson coaches liked what they saw of him on film as a strong safety.

"They said for my first year it looked pretty good, and I could tackle, run and catch and have good ball skills,” he said.

Flowers said he probably will make his decision by Monday but likely won't announce anything until Wednesday.

Gouraige, according to his high school coach, will visit Auburn this weekend.

Gouraige has been a Florida commitment and he visited there last weekend.

"He said the visit went well," Dare said adding that Gouraige's mom will play a role in the decision and proximity is part of the equation. Gouraige will not reveal his choice until a school assembly on NSD set for 2:45 PM.

In football, former defensive back Adrian Baker will be back on campus for Clemson’s Pro Day. Baker transferred out and elected to play his last season at Oklahoma St. but left that program before the season was over.

Former defensive tackle Scott Pagano was invited to have Pro Day at Clemson, but because Pro Day this year might be a little underwhelming (talent and scout-wise) he will have his out on the West Coast.

In hoops, Clemson makes the trek to Winston-Salem for a game against Wake Forest Saturday. The Tigers currently sit at No. 5 in the Live RPI, and the RPI loves road wins. Wake Forest is fresh off a victory over Florida St. and Clemson knocked off North Carolina Tuesday night.

The Tigers sit at 18-4 overall and 7-3 in the ACC – in second place no less – and are being touted as a top-five seed come tournament time. That’s heady stuff for a program that hasn’t been to the NCAA Tournament since the 2010-11 season.

We had an interview session with Brownell Thursday and I asked him if a possible mantra would be “finish strong” and he said no. Brownell said it was more like “one day at a time” as they continue to work with lineups following the loss of Donte Grantham.

More on hoops later in a new feature we will publish later today.