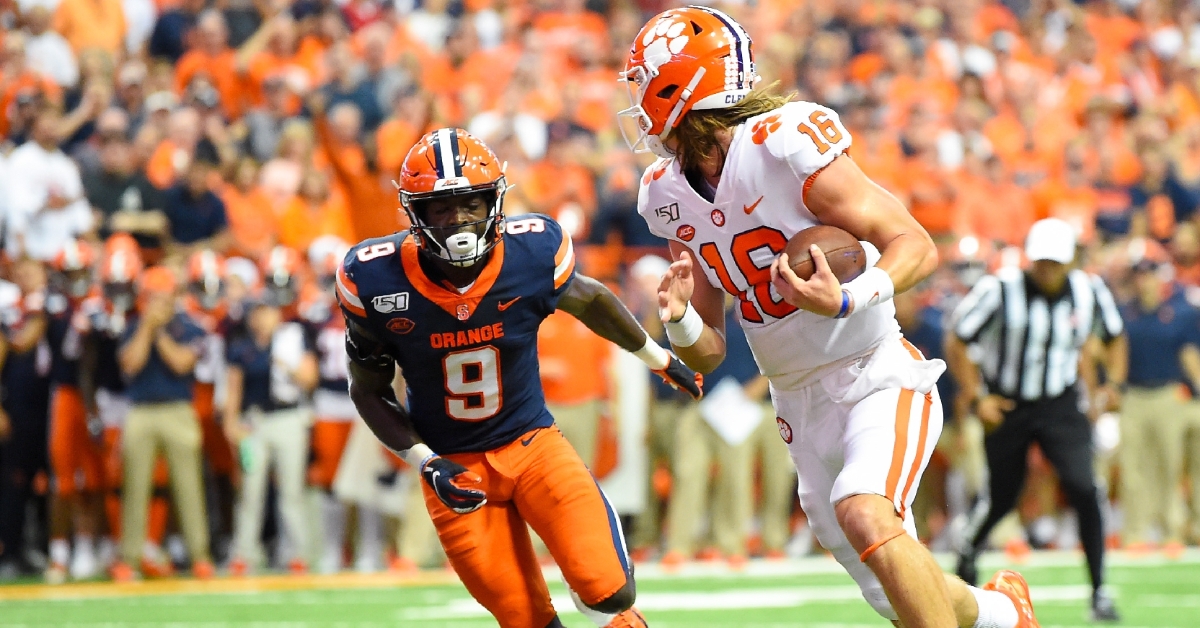 Clemson’s trip to Chapel Hill Saturday will make history, marking the first time the reigning national champion has ever visited Kenan Stadium and just the fourth time that North Carolina has ever hosted the AP's top-ranked team.

Clemson (4-0 overall, 2-0 ACC) faces off against the Tar Heels (2-2, 1-0) at 3:30 Saturday in a cross-division contest. Clemson hasn’t played at UNC since 2010, and while Tar Heel head coach Mack Brown understands the opportunity and the challenge ahead, he’s worried more about his own team than the Tigers.

"We need to be a great program; we don't need to be a chip-on-the-shoulder program. That's hard to sell here. I didn't come here because we haven't ever been any good, this place should be great."

UNC offensive coordinator Phil Longo has said that each his week his offense takes aim at three opposing defenders that he wants to attack either with scheme or personnel, but he’s having a hard time finding three players to attack on the Clemson defense.

"There aren't three guys this week," Longo said. "I mean, they're solid. The corners are really good. The safeties are good. The defensive line is different than the D-line that they had. They had those four freaks last year, but they're extremely well-coached.

"They're physical, they pursue well, they have good lateral movement. They squeeze grass. They're going to give you a little bit and squeeze it because they're so athletic. They can be out of position a little bit and change direction and maybe recover a little better than some other teams. That's the benefit of having 11 good athletes out there."