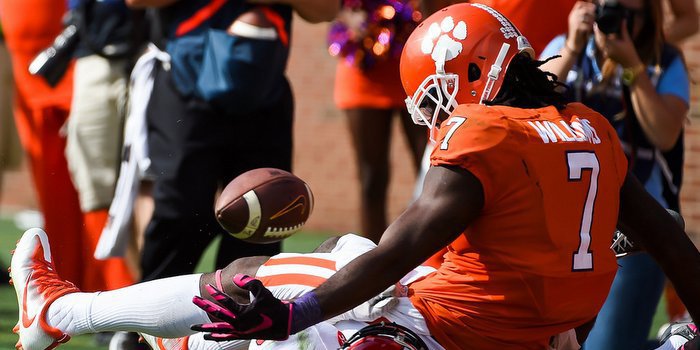 Clemson’s off week came at the perfect time.

The players and coaches talked about the upcoming off week even before the N.C. State game, and you could almost feel it early in that contest: This team needed a break.

With a showdown with Florida State on the horizon, the Tigers needed to refuel for the stretch run. And after their past two home games, they needed to focus on some fundamentals, mainly holding on to the football.

Yes, Clemson is 7-0 entering Saturday night’s game with the Seminoles, and yes, the Tigers are right where they want to be to repeat as ACC Atlantic Division champions and get back to the ACC championship game (and possibly the College Football Playoff).

But the home wins over Louisville and N.C. State exposed some flaws in the Tigers as they had nine turnovers in those games. They had five against Louisville and survived the Lamar Jackson show in a thrilling 42-36 win. They had four more against N.C. State and really had to survive to pull out a 24-17 win.

Those kinds of mistakes are likely going to be difficult to overcome at Florida State, where Clemson has lost 11 of the past 12 meetings.

Florida State is 5-2, and pretty much everyone has forgotten about the Seminoles because of the two early season losses to Louisville and North Carolina. But Jimbo Fisher’s team is just as dangerous as Louisville and N.C. State, and Clemson can’t continue to be so cavalier with the ball and expect to always find a way out of those situations. 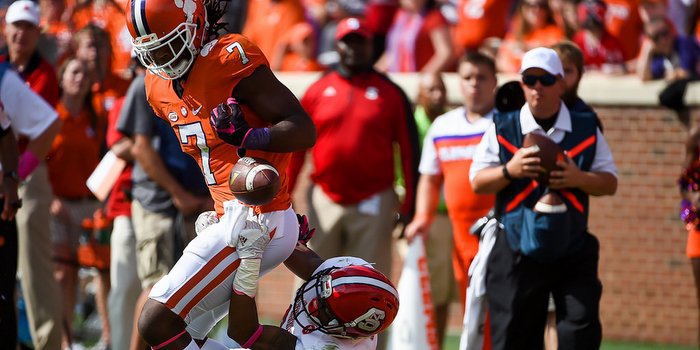 Through seven games, the Tigers have lost eight fumbles and thrown eight interceptions. That’s just not good enough, and eventually those problems with catch up with this team, unless it cleaned up those mistakes during the bye week.

It’s strange, really, to see this program struggle with turnovers – it did last year, as well – because Clemson has become a fundamentally strong program under Dabo Swinney’s watch. There aren’t the mind-numbing losses that used to hold back this program. There aren’t many dumb mistakes, especially penalties, because the focus is on the little things, the important things, the fundamentals of winning games.

That focus needed to be on the turnovers last week, and it needs to carry over into this week with such a big game coming up.

The positive in all this is that the turnovers really haven’t been a huge issue the entire season. Clemson has 16 turnovers in its seven games, and nine came against the Cardinals and Wolfpack. In the other five games, there have been seven. That’s still too many, but it’s not egregious.

What the Tigers need to make sure of this week is that those turnovers don’t continue against the Seminoles. If Clemson can do that – simply take care of the ball – it can take another big step toward being the team it wants to be.