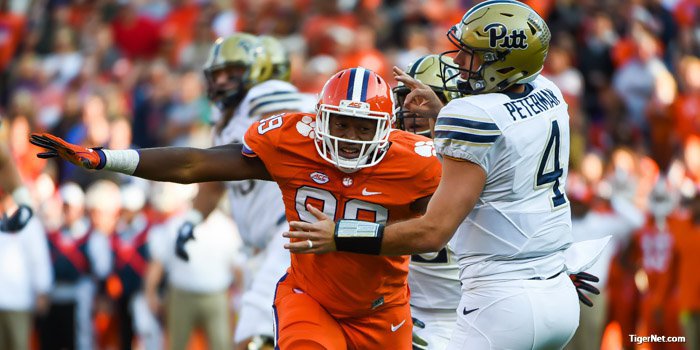 Clemson dropped to 12th in points allowed at 18.4 after ranking 8th last week.

The problems were right there in the spotlight for Clemson on Saturday against Pittsburgh: turnovers and a struggling defense.

The Tigers couldn’t overcome those two issues, and that cost them their first loss of the season. Those problems also dropped Clemson in the national statistical rankings this week.

There were two other troubling trends in Saturday’s loss. While Deshaun Watson had a record day throwing the ball, Clemson’s running game was nonexistent and is now 86th with 156.4 rushing yards per game, while Wayne Gallman fell out of the top 100 individually.

And red-zone issues continue to haunt Clemson’s offense. The Tigers are 94th, scoring on 80.39 percent of their red-zone trips.