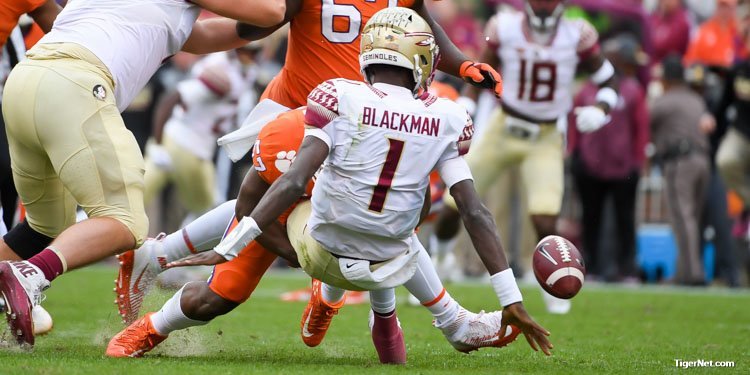 Tre Lamar will be back at practice this week

CLEMSON – Bowl practice is in full swing at Clemson as the top-ranked Tigers prepare to take on No. 4 Alabama in the Sugar Bowl and the opening round of the College Football Playoff.

Following Clemson’s dominating win over Miami in the ACC Championship Game, the Tigers took a week off. The schedule is a little different this season because of the academic calendar – exams aren’t being held until this week – causing a shift in how the Tigers prepare for the bowl game.

“Last week was kind of a blur and they needed some time off. The schedule is different this year because for the last several years we’ve had finals last week and then this has been a dead period, so everything is kind of a week off,” Swinney said Tuesday. “This week is a little bit of a challenge. It’s the first time in several years that we’ve had to balance practice and recruiting, so that’s been a little different working around the finals, but we’ve got a good plan. We got a good start Sunday night just kind of knocking the rust off of them and got them focused. We’ll ramp it up a little tonight and we’ll go in shells.

“Tomorrow will be another all finals day for them and recruiting for the staff and then we’ll get after it pretty good Thursday, Friday and Saturday. Sunday will be meetings. Monday is our community services and we’ll have a walk-through. We’ll have another couple of tough practice Tuesday and Wednesday and then Thursday of next week is graduation and we’ll wrap it up here on the 22nd. We’ll try to have the game plan done and ready to go and we’ll give everybody a little time off. Travel back here on the 26th, practice her on the 27th and head to New Orleans. Everything is a day later because we’re playing on the first. We’ve got a good plan. This is fun for me. I enjoy this time of year.” 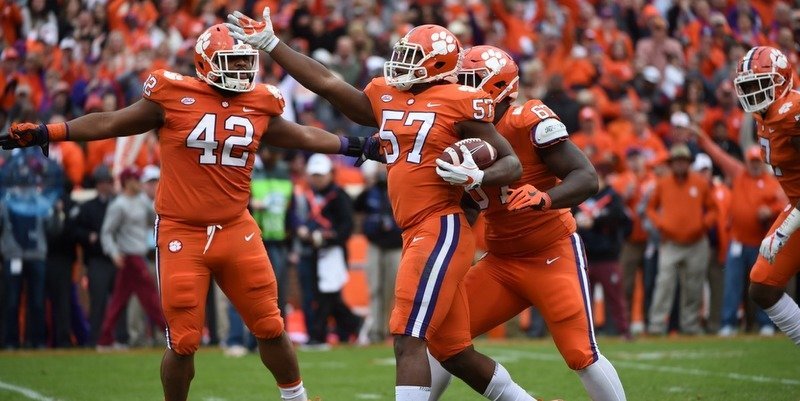 Tre Lamar will be back at practice this week "

With Alabama on deck, Swinney said the Tigers are getting back to fundamentals and also seeing what the younger players can do.

“Everybody has the same amount of time but how you use the time is really what matters. For us, we get back to the fundamentals, our practice habits, is the first thing we do,” he said. “We work a lot on Clemson and get back to some of our basic installation stuff and then we’ll spend a lot of time on Alabama, obviously, getting ready for them. We take a lot of time during this time of year to develop our team for next year.

“That’s something we really believe in. Our varsity guys, we’re not on the field long. We try to have short, crisp practices this time of year and just build. One of the things I believe in is too much time for coaches is not good. I try to manage the schedule and we try to get everything done here, so when you do get to the bowl site, you’re really just polishing and getting the details down. We’ve got a good plan. We’ll get after it tonight and go from there.”

The Tigers are also getting healthy at the right time. Middle linebacker Tre Lamar – who missed the last two weeks of the regular season and the ACC Championship – returns to practice Tuesday.

“Tre is going to go in pads tonight. He’s the main one that we’re really anxious to see,” Swinney said. “They’re going to cut him loose in shoulder pads tonight so we’ll see how he responds. We’ll take it easy with him and go from there, but he’s a lot better. His strength has come back. It really irritated a nerve where that stinger was. He’s doing good.”

However, linebacker Judah Davis is out for the Sugar Bowl.