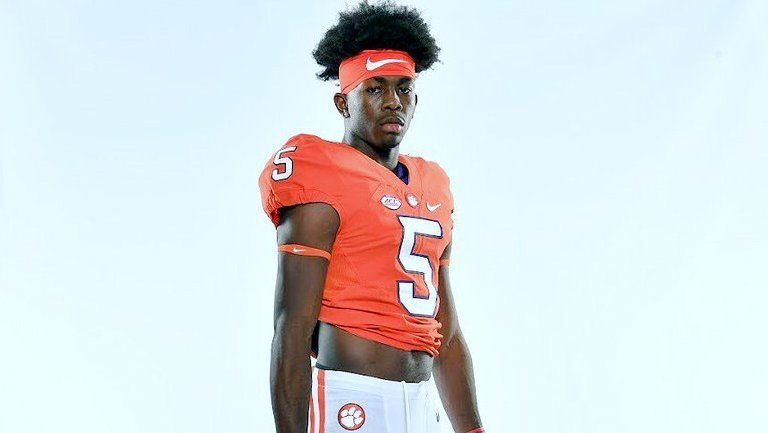 Ross will choose his school of choice on National Signing Day

The decision between Clemson and Alabama is down to the wire for 5-star Phenix City (AL) Central 5-star wide receiver Justyn Ross.

The general consensus is that the battle for Ross’ services – who has a top three of Bama, Clemson, and Auburn – is down to the Crimson Tide and the ACC Tigers. Ross will announce in a ceremony at his school. The announcement will be broadcast during the 1 p.m. (CT) hour on ESPN2.

His head coach at Central, Jamey DuBose, told TigerNet Tuesday afternoon that he doesn’t know where Ross is headed, and neither does Ross.

“Well, if he has made a decision, he hasn't told anybody yet. I met with him this morning just to make sure that he was okay. I didn't pry into it or anything,” DuBose told TigerNet. “I told him I didn't even want to know back several weeks ago. I did ask him this morning if he had his mind made up and he said he was close but still not 100-percent, so I don't know. Justyn has done a great job of playing everybody. He's done a great job of not telling anybody and doing this as an 18-year old. I commend him on that.”

DuBose said he thinks Ross and the family are ready for the process to end.

“I think at the end of the day, he's ready to get it over with. That was the one thing he alluded to this morning that he's ready to move on,” DuBose said. “I told him that he'll wake up tomorrow and he'll be a nobody again because nobody is going to care him once he makes the decision and that he'll just be an average Joe. He said he's ready to back there. He's handled it well. I think mom is good with everything. I think mom has her decision. I think grandmother and aunt, they all have their decisions. At the end of the day, mom is very important but mom is letting Justyn make up his own mind.

Ross will choose his school of choice on National Signing Day "

“They've talked about it as a family and they've all expressed what they've seen and what they feel like, but at the end of the day, I do know that it's Justyn's decision. He wants his mom to feel comfortable and happy with his decision but he's trying to make the decision that is going to benefit him three to four years down the road. Hopefully, three. Justyn won't tell you this but I know you athletically and every way, he's very capable of making it to the NFL and he's very capable of going and playing pretty quick.”

What has kept Clemson in contention for a 5-star in a state that boasts two really good programs?

“That's an easy question to answer. I've sat back, and I've watched since the first day. Justyn came to me when his mom was deployed, and I told him to pick five schools that were his top five and I would get him there so he could kind of take a look before mom came back so mom wouldn't have to go all over and he would have an idea where he wanted his mom, his grandmother and his aunt to go look,” DuBose said. “He told me Clemson and I carried him to Clemson.

“Jeff Scott and Todd Bates are maybe two of the best recruiters I've ever seen. They did an outstanding job. I've been in this business for 25 years and I've watched guys come in and go and I've seen a lot of really good recruiters and guys that do things, but I'm going to tell you something - Jeff Scott and Todd Bates are top-notch. They did an outstanding job of selling not just that university but the culture of the community, the people of South Carolina, what it would be like to live in South Carolina and showing Justyn. They've done so much in that athletic department to really sell. I don't know if they do that to everybody or if it was just Justyn, but they have done an outstanding job.”

DuBose then said that the Clemson coaches have something you don’t see out of a lot of recruiters – honesty.

“They've been honest the whole way with him. I've sat back and listened and Justyn has told me some things. They've been very honest with him about everything. Everything they've said has been right on. The environment up there when I went was unbelievable. It is at all of the universities, but I had never been to Clemson. It's very easy to understand why they're getting No. 1 players or why they're getting guys out of other states. They've got a remarkable environment. They've got a remarkable area up there. To come into Alabama and get a guy like him is very tough if they're able to pull it off because, you've got two great universities here, two universities with a lot of tradition and two universities with facilities, but Clemson doesn't have to take a backseat.

“I went up there and they did an outstanding job of talking to kids and saying the things - not just football, the things they do with the alumni and their player development stuff. They did a great job and that's why he's been with them the whole way. That's why some other schools have been dropping off. If it wasn't for those two recruiting, it might just be an Alabama-Auburn race right now, I don't know. They did an unbelievable job. My hat's off to them. I've been very impressed, and I know I want to keep friendships with them no matter what's decided because they're two great men and I've really enjoyed getting to know them over the last little bit. I joked with them and told them I was going to be lonely once it's over because every time they could be here, they were here.”

DuBose said the Clemson staff has done a tremendous job on the recruiting trail.

“Coach (Dabo) Swinney came down on that Wednesday for the in-home visit and they were leaving and I almost wanted to go get a neck hug from them,” he said. “It was like family leaving or something. They did nothing wrong but every time they could be here they were here and that's how you have to do it. They did an outstanding job. They've done a great job of talking with him and the family and making mom feel comfortable. They're in the hunt. Justyn has been so out there that I think you have three schools that think they're in the hunt right now.

“I'll be honest with you, I don't know who it is. A lot of people think I know. I've got my own opinion and I haven't given out my opinion to anybody. He's not said anything to anybody. It's funny, one day he'll wear Clemson stuff. One day he'll be in Auburn. One day he'll wear Alabama stuff. He's done that just joking with everybody. He's done a good job. I think he's at a point where he's ready to move on and get back to finishing school and getting to where he's got to get to.”