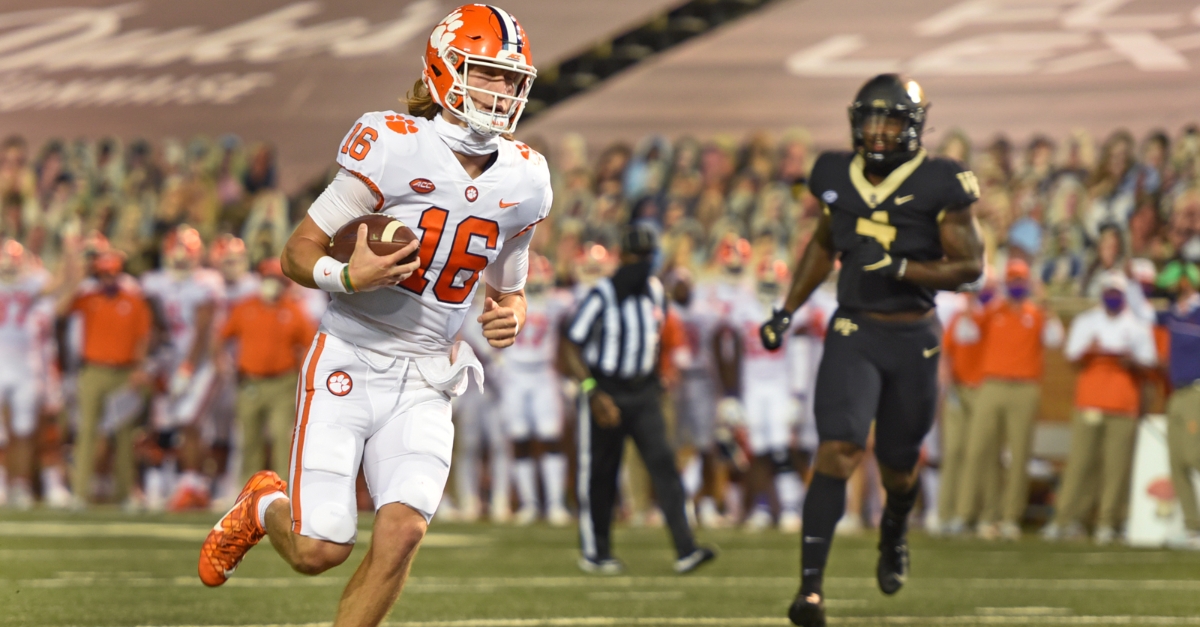 Tuesday is the final day for player interviews heading into the rest of the week, and a few players stepped in front of the cameras for final thoughts before playing Virginia.

Here are some highlights from the interviews:

*Virginia is very disciplined so you have to know how to take your shot. They don’t have many guys out of place and know what they are doing.

*He said he has learned that the game is a lot more mental than physical. He has worked on footwork and accuracy and the fine-tuning the physical parts. Moving his feet has helped, but he still feels that is more mental than anything else.

*On the helmet stickers, it’s understanding that the world is in a unique situation and he will do whatever he can to support his teammates. Doesn’t want to support any political organization. Said he wants to do things because he wants to do it and feels convicted, not because there is peer pressure to do it. He said he feels like Coach Dabo Swinney is on board with that.

*He was asked about trending on Twitter on Sundays when teams talk about taking for his services, and he said he doesn’t take it seriously and thinks it’s funny. However, he just wants to enjoy the now. He pulled for the Atlanta Falcons the most but didn’t cheer for any NFL teams growing up because he wasn’t a big fan. He said it would be “cool” to go to the Falcons because that is home for him, but he understands he simply needs to be the best he can be right now.

*On having time off and COVID, he said he wasn’t worried about his teammates because they are really responsible. Haven’t had many positives the last month on the team and he thinks his teammates handled the off time really week. He tries to be careful and limit his exposure to people. He then said that people who are second or third on the depth chart have to prepare like they are the starter and have to be ready to play at a moment’s notice.

*He didn’t really watch any full games this past weekend. Watched a little of FSU/Miami and Duke/Virginia and Tennessee/South Carolina. He said it was fun to sit back and watch other people play. He said it was fun watching the upsets and crazy games and now things are starting to feel more normal because college football is back.

*Says special teamers can still play a role as a leader by how they work in the weight room and how they go about their business.

*Will says that Aidan Swanson does a great job and is working hard and will be a good player one day.

*He said it has been a blessing to have his dad here and have his family around to experience everything with him.