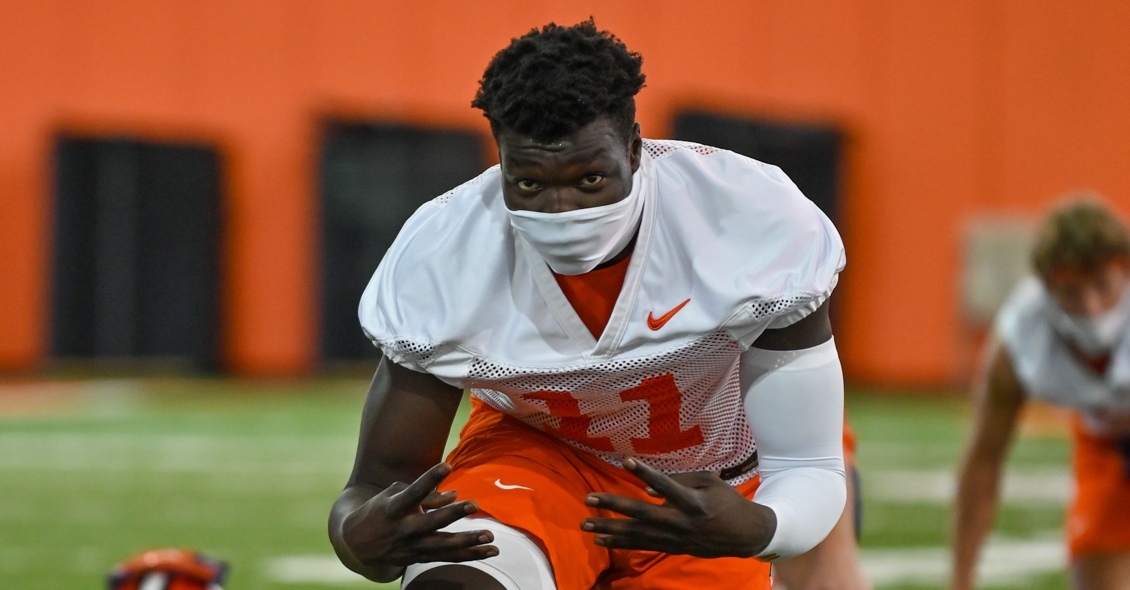 Trevor Lawrence and his receivers are just starting the process of getting to know each other, but the junior quarterback is impressed with what he’s seen so far.

Three of Lawrence’s top targets from last season won’t be available to him this season. Tee Higgins and Diondre Overton graduated, and rising junior Justyn Ross will miss the season after neck surgery. That is 125 receptions for 2,382 yards and 24 of Lawrence’s 36 touchdowns. Ross and Higgins were the team’s leading receivers.

Two freshmen are standing out – EJ Williams was on hand during the spring and Ajou Ajou made his first appearance in Clemson this summer.

Williams, who went to the same high school as Ross (Central HS in Phenix City, Al.), has made a big impression on his quarterback, and he has an even bigger role because returning receivers Frank Ladson and Joseph Ngata haven’t started to practice while they are in "protocol," Clemson coach Dabo Swinney said Thursday and Lawrence confirmed again Friday.

“He has looked good. He has had to take more reps with those guys being out right now,” the Clemson quarterback said of Williams. “You can tell he is getting in really good shape and is getting better. He is just learning. He is a great football player with raw talent.

“He is just learning the little things, like me and him getting on the same page. Telling him, ‘Hey, this is what I like. This is a better way to run that route or set someone up.’ Just all of that stuff that we are talking about.”

Friday was Ajou’s first day of practice, but it hasn’t taken Lawrence long to recognize what the freshman brings to the table.

“He is a freak. You just look at him. He is huge,” Lawrence said. “I don’t even know how tall he is, but he has long arms, he can go up and get it. He is going to be a great player. Obviously, like everyone, he still has some things to learn but he looks really good. He got here towards the end of the summer and we threw for a couple of weeks.”

Lawrence didn’t get the chance to do the regular work with his receivers this summer because of the unknowns of the virus. That is one reason he is happy camp has finally started.

“No matter how much work you got in, there is nothing like live reps, especially against our defense. We are the most prepared team because we go against the best guys in the country and we see so many different things,” Lawrence said. “We worked a good bit this summer, but obviously not as much as we wanted to because there for a month or two it was not the safest thing to get a bunch of guys together to throw when we really didn’t know anything about the virus.

“We didn’t throw for a few months after spring practice. As the summer went on we tried to do more and more, but no one really knows what is the safest thing. But you have to get ready and we had some player-led stuff, and now that we are practicing every day, we are challenging each other and getting better.”