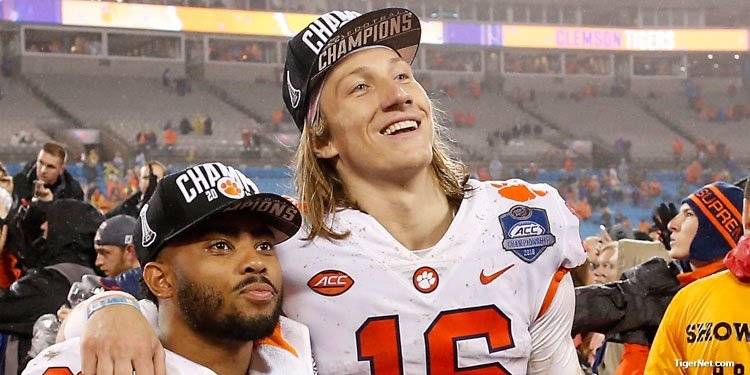 Two undefeated teams, two teams that made quarterback changes after the start of the season, replacing experienced starters with talented youngsters.

Welcome to Clemson vs. Notre Dame.

The No. 2 Clemson Tigers and the No.3 Notre Dame Fighting Irish are heading to North Texas for the College Football Playoff Semifinal at the Goodyear Cotton Bowl Classic. The game will kick off at AT&T Stadium at 4 pm EST.

Clemson and Notre Dame will match up in a bowl game for the first time in the storied history of both universities. The last meeting between the two occurred in Death Valley in 2015 when the Tigers narrowly took the Irish 24-22.

During week one of the 2018 college football season, Brandon Wimbush and Kelly Bryant were under center for Notre Dame and Clemson. By week five, both were out of a starting job, with Bryant transferring out of the program and to Missouri.

Wimbush was 8-3 as a starter in 2017 and led the Irish to an opening-night win against Michigan to start the 2018 season. Wimbush’s overall record as a starter was 11-3. All Bryant did was lead Clemson to the College Football Playoff last season and as part of this season’s 4-0 start, fashioning a 15-2 record as a starter along the way.

However, Wimbush was replaced by Ian Book and Bryant by Trevor Lawrence.

“When you make a decision that difficult, you’re doing it for not just the quarterback position, but for your entire program,” Notre Dame coach Brian Kelly said. “Brandon Wimbush won 11 games for us, so it’s never easy when you’re pulling a guy out who was undefeated at the time … that was hard on Brandon Wimbush. It was difficult because I love him. But it was the right decision to make.”

Bryant was the catalyst in a huge road victory over Texas A&M in week two this year and led the Tigers to the Sugar Bowl last season.

“It is tough because Kelly (Bryant) took us to the Sugar Bowl and 12 wins. But, when we came into the spring -- as I say every year -- you start over every year,” Clemson coach Dabo Swinney said. “You have to earn it every year. We had a quarterback competition, and I was very upfront with that in the spring.”

Lawrence and Bryant split quarterback duties for the first four weeks before Lawrence became the full-time starter in week five against Syracuse. For the season, Lawrence has 2,606 yards passing, 24 touchdowns and four interceptions.

“Kelly came out of camp ahead, but it was close enough where we said, ‘Look, we’re going to play him right out of the gate. We’re going to play both guys. And we’re going to see if it settles on the field,’” Swinney said. “I didn’t know how it was going to turn out, but after week four, it was obvious that Trevor was the better player. It’s hard, but that’s our job.

“Trevor’s done an amazing job. We’ve scored more touchdowns than ever before in school history, and he’s been a big reason for that. All we can do is play the best player.”

Book is sixth in the country with a 70 percent completion percentage. The Irish offense has put up 30-plus points in six of Book’s eight starts. He’s thrown for 2,468 yards, 19 touchdowns, and six interceptions in nine games this season.

However, Kelly says the situations aren’t as close as people might think because Wimbush hung around to help his teammates.

“Honestly? Their backup quarterback leaves. He transfers. Our kid stays and helps us win a crucial game against Florida State,” Kelly said, referring to Wimbush starting against the Seminoles in place of an injured Book. “And, I’m not saying anything negative about it. But, it’s a different story. Their quarterback (Lawrence) goes down against Syracuse and they’ve got to bring in a third-stringer to rally the troops and win the football game. We go to Brandon Wimbush -- here’s a kid that’s won 11 games. So, they’re kind of different stories.

“They still end up being undefeated teams during the regular season, but they get there differently.”