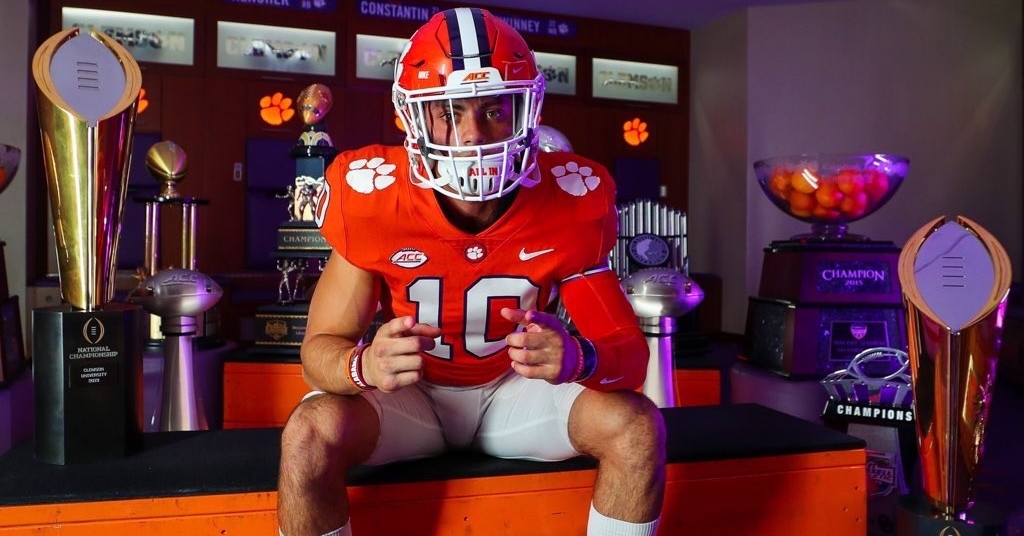 One of the top receivers in the nation is closing in on a decision.

Troy Stellato is a 2021 prospect out of Fort Lauderdale (FL) Cardinal Gibbons who is rocketing up the recruiting rankings. Stellato jumped 52 spots to No. 124 overall and top-15 in the state of Florida (14) in new Rivals rankings released this week.

“There has been a lot of talking and lot of communicating with coaches. They have been really trying to extend the olive branch a lot and open up the communication,” Stellato told TigerNet. “I know I came out with a top-two and everything, but I have been communicating with Coach (Brian) Hartline at Ohio State and also Coach (Tyler) Grisham at Clemson. I have been building relationships for sure, but it's a weird time right now but there isn't much you can do about it. On Thursday, LSU wants to do one of those virtual visit deals. I was supposed to visit LSU, Notre Dame, and USC but obviously, due to the coronavirus, none of that was possible. So, I am doing that Thursday and that is really about it right now.”

He has been busy building a relationship with Grisham, who took over as the Tigers’ wide receivers coach when Jeff Scott left to become the head coach at South Florida in December.

“He talks to me a lot, but it isn't always about football,” Stellato said of Grisham. “We talk about X's and O's too, but we are building that relationship and I am getting comfortable around him. He tells me I am his guy and he is really recruiting me the hardest right now out of everyone. He just shows the love he has for me and I feel that when we communicate and talk. He is pretty much telling me that if I come to Clemson, I will have a shot to compete right away for a spot. And that is all I am asking for; I want to compete for a job and have a fair shot. He really likes my games and thinks I am a really good person.”

“At Ohio State, it's about the relationships, too. Me and Coach Hartline are really, really close,” Stellato said. “I love him and I love the offense. I also fell in love with the school and the coaching at the receiver position is really good and I love Coach Hartline and what he stands for and what he preaches. He makes a lot of receivers that come in better, He is probably one of the best coaches X's and O's wise that I have ever talked to. We have a lot in common.”

What is next for Stellato? It all depends on if the country re-opens and recruits can take visits.

“I think I am really closing in on a commitment date. I am still going to try and get one more visit to Ohio State but I don't know if that will happen,” Stellato said. “But in looking at a commitment date I feel like it will be in the next month or so. I wanted to before the start of the season, that is what has always been in my head throughout the process. I wanted to go into my season committed and I didn't want to worry about all of the noise about where I was going to go. I want to focus on my senior season. I released my top two and it's down to those two schools and I think I am close to a final decision.”

Stellato transitioned to the slot last season and terrorized defenses with his speed, and he said he feels like he can play either inside or outside.

“I feel like I can play the slot or the outside. I have speed and I can really open up the defense. This is my first year of playing slot receiver and knowing the game helped me adjust to playing in the slot because it is really different than playing on the outside,” Stellato said. “I have really strong hands and I attack the football up in the air. I also think I play longer and play bigger than my size. I can go up and get those balls in the air. I play physical. Speed and my hands are two of my best assets. I don't realty get compared to a guy that much, but I really love Julian Edelman and Adam Thielen, those are my two favorite receivers in the game and I try to model my game after them.”