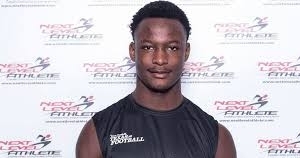 Clemson has built one of the nation’s top football recruiting classes for 2021, but there’s more work to be done and they are looking to the state of Texas.

The Tigers have addressed most of their needs but do not have a commitment for the secondary. They know who they want as a safety and that’s Andrew Mukuba (5-11 181) of Austin, TX. He is down to Clemson, LSU and Texas. and Clemson has made it clear to him how important he would be for their class.

“We talk a lot. They don’t really blow up like every other school does. Our relationship is understood, so they don’t have to call me every day, because they know how we roll,” Mukuba said. “They’ve been telling me I’m the only safety they are recruiting in this class, and they have dropped everybody. That’s an eye-opener for me. That’s what they’ve been telling me.”

Mukuba talks primarily with safeties coach Mickey Conn and defensive coordinator Brent Venables, with some Dabo Swinney mixed in. He has done a virtual tour with the staff which helps to make up for an actual visit to the campus he has yet to take.

“I feel like the coaches are keeping it real. The coaches are real. They’ve just been keeping it real with me ever since they started recruiting me,” Mukuba said. “When they say I’m the only safety they are recruiting, I’m going to believe that because there was word going around town that they turned down a couple of commitments just to focus on me. That’s real big on me. I feel great with Clemson. I feel comfortable with the coaching staff. I trust the coaching staff and what they’re doing and what they’ve been telling me this whole time.”

And that includes what he hears from Swinney when they talk.

“I’ve talked to Coach Swinney a couple of times,” Mukuba said. “He seems like a real great guy. Everything he preaches and says is God first with him. His faith in God is very big. Me talking to him, it just feels like I could be talking to my next head coach. He’s just a wonderful guy, wonderful coach. He does a lot for his players. I’ve talked to a couple of players, and he does a lot of his team and his players.”

While Clemson has made Mukuba the focus of their safety recruiting at this point, he said LSU is taking three and Texas has one committed and will take one more. That’s just another factor he has to consider as he works on his decision.

Texas, which is just 15 minutes from his home, is the only one of his finalists he’s had the chance to visit. The NCAA dead period has prevented visits since March, and that’s not made it easy for Mukuba to set an announcement date.

“No, I don’t sadly,” he said. “When they (the NCAA) officially announces that there are no visits at all, I’m not going to have a choice but to make a decision.” Ideally, he’d like to visit Clemson and LSU in person before making his decision.

Last season, Mukuba had 26 tackles with 2 interceptions. He also plays receiver and caught 33 passes for 641 yards and 10 touchdowns. He’s rated as a four-star prospect in the 247Sports Composite and is ranked as the No. 12 safety nationally.