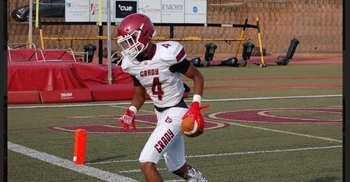 Wiggins has Clemson in his top group of schools.

One of the top defensive backs in Georgia is looking for the perfect place to call home.

“Most of the coaches in the top eight, I really like them,” Wiggins said. “I could say myself playing at all of those eight schools. I just have to keep thinking, looking so I can find the best spot for me.”

Wiggins said he wants to make all five of his official visits before making a decision. He’s not sure yet where he will visit. His last visit to Clemson was in his 10th-grade year. Tigers cornerbacks coach Mike Reed is working him for a return visit and a potential spot in his secondary.

“I like the coaching staff and they put a lot of players in the league,” Wiggins said. “Coach Reed tells me how good of an athlete I am. He said I would be a boundary corner and would play special teams.”

Wiggins added that one thing that stands out to him about Clemson he doesn’t really see anywhere else is the closeness between the players and the coaches.

One school stands out the most to Wiggins right now, however.

"Southern Cal," Wiggins said. "I’ve always wanted to play on the West Coast, like in Cali."

In the 247Sports Composite, Wiggins is ranked the #11 athlete in the country and the #19 prospect in Georgia. He also can play safety and corner.