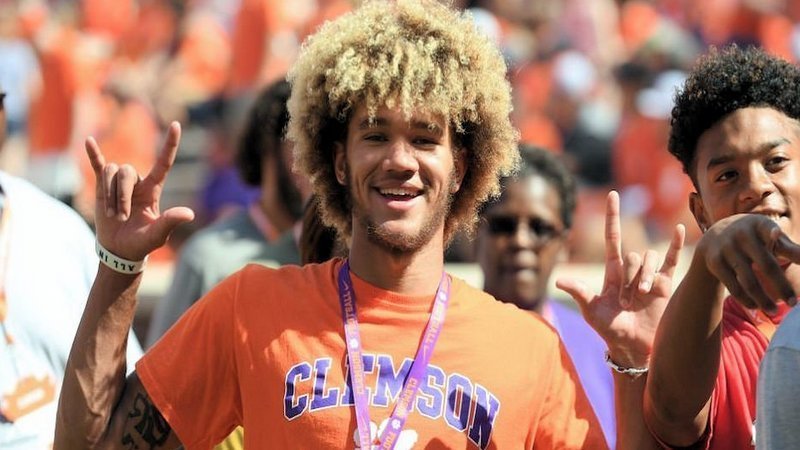 Clemson has offered 2020 4-star receiver Dazalin Worsham from Trussville, AL (Hewitt-Trussville HS), getting an early jump in the recruiting process for one of the nation’s top young receivers.

Members of the Clemson coaching staff visited Worsham's school last week and his coaches gave him the news later in the day that he had picked up a coveted Clemson offer.

“It was great and surreal,” Worsham told TigerNet. “Coach Bates and Coach Swinney made the offer. they just said that they told me it was coming. I was surprised and really excited.”

Worsham picked up over a dozen offers after the completion of his freshman season.

"Once it got started, it went quick and the offers came in one after another,” he said. “It is what I was waiting on. I did not know it would happen this quick, but it has been exciting. But I also know it means I have to keep working and get better. I can’t stop now. I like to work, but I have to work even harder, now.”

In 2017, he was named a MaxPreps Sophomore All-American after collecting 70 receptions for 865 yards and nine touchdowns.

He took an unofficial visit to Clemson's 34-7 win against Boston College last season and attended the 2017 Dabo Swinney Football camp last June. Because of his familiarity with Clemson, an offer from the Tigers means a lot to the 6-1, 160-pounder.

“It means a lot. Coach Swinney told me that I’m their type of guy and that they want me there,” Worsham said. “They’re definitely one of the top schools for me right now.”

Clemson has everything Worsham is looking for, and he hopes to be back on campus before the end of spring.

“I’ve been there twice. I like everything – the atmosphere, the facilities all of that,” he said. “I think I’m going to Clemson sometime in March – the third or fifth. I can’t wait to get back up there.”