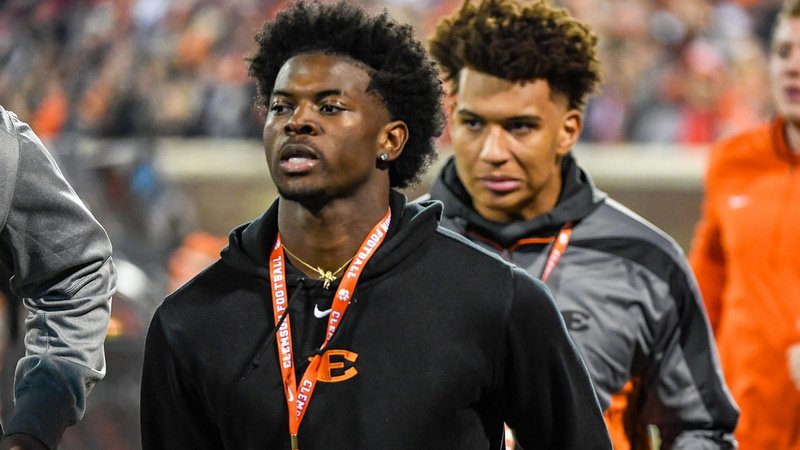 Lawrence visited Clemson for the game against South Carolina

Despite being over a year away from being able to sign his National Letter of Intent, 2020 prospect Keshawn Lawrence is ready to begin narrowing the field and moving toward a decision.

Lawrence – ranked No. 44 in the ESPNJR 300 – visited Clemson for the South Carolina and came away impressed with the game-day atmosphere as well as the coaches and players.

“It was my first game there. I really liked it. It was a good environment and atmosphere. It was my first time getting to talk to Coach Dabo face-to-face, so it was really cool to get to know him and the players,” Lawrence told TigerNet earlier this week. “I really like it and that's really all I can say so far. As far as what they're telling me, they could really use some speed in the secondary. They tell me what I need to work on, what I need to do and what I need to keep doing at school and outside of school. They told me how they have high expectations of the people they recruit.”

Not only did Lawrence get to see a 21-point win over archrival South Carolina, he was also able to sit down and talk with defensive backs coaches Mickey Conn and Mike Reed.

“I talked to both of them. Coach Conn was telling a lot of the same things that Coach (Tony) Elliott told me,” Lawrence said. “They need speed in the secondary and how they can use me. They're only taking a few DBs in 2020 and I'm one of the ones they're looking at. Me and Coach Reed talked not just about football but about life. He was just joking around.”

This may have been Lawrence’s first trip to Clemson for a game, but he was already very familiar with the Clemson program because defensive ends coach Lemanski Hall was his former coach.

“We're very close because he was a coach at my school. Plus, I go to school with his daughter. I'm really cool with his family - him, his wife and his daughter. We have a very good bond,” Lawrence said of Hall.

So, where does Clemson and stand and what’s next in Lawrence’s recruitment?