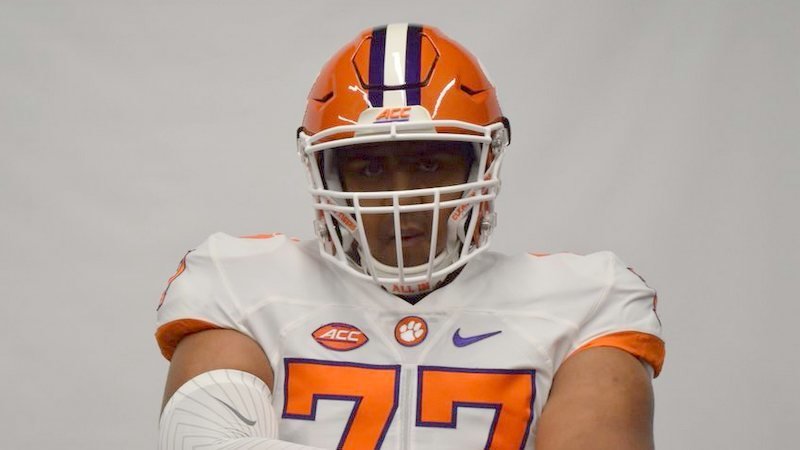 Clemson landed of the nation’s biggest recruits, in terms of ranking and stature, in the 2018 recruiting class with the addition of 5-star Jackson Carman out of the state of Ohio.

The Tigers are now after one of the biggest prospects in the 2019 recruiting class in high 4-star offensive tackle Xavier Truss out of Warwick (RI) Bishop Hendricken School. Truss (6-7, 325) has offers from all the major schools, including Clemson, Alabama, Georgia, Michigan State, Tennessee, Penn State, Florida, Arkansas, Florida State and LSU among them.

Truss made a trek to see schools across the Southeast last week and made a stop in Clemson last Wednesday. While on campus, he met with offensive line coach Robbie Caldwell.

"The first character I met was Coach Caldwell. He's a great guy. I loved hanging out with him for a little while," Truss said. "The staff, they're all great people and getting to know them was pretty cool. It's a smaller school than I expected and that's something I enjoyed about being there and how football is such a big part of the community there. And their stress on the classroom, your success in the classroom, was really important to me."

Clemson loses left tackle Mitch Hyatt after this season, and while many think that Carman could step into that spot, Truss would be a natural fit and was told by Caldwell that is where he would play. 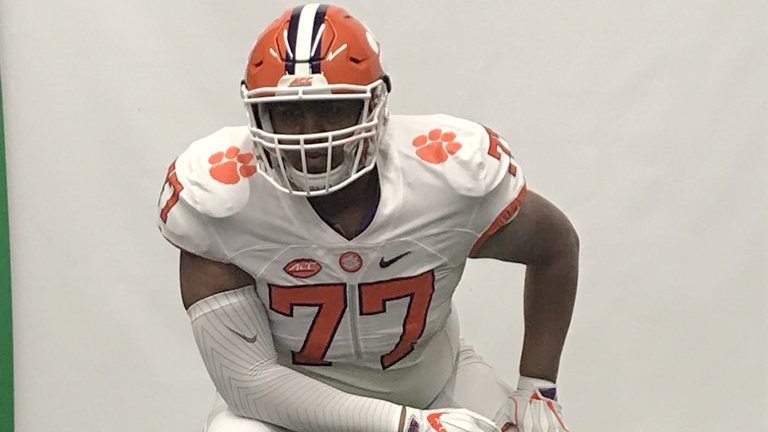 "He likes my feet and my size obviously," Truss said. "The stuff that he stressed is there's more to work on. But he thinks I would fit right at left tackle for him."

Clemson head coach Dabo Swinney wasn’t in town for the visit, but Truss hopes to make it back at some point during the spring or summer. He also says that Clemson will get one of his five official visits next fall

Truss said his top five now consists of Clemson, Ohio State, Penn State, Alabama and Georgia. Truss said that he will sign during the early signing period next December but won’t be an early enrollee.