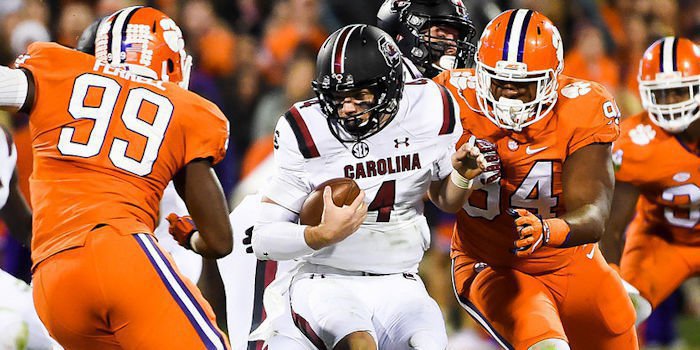 Clemson opens its season Sept. 2 against Kent State and, as usual, wraps up the regular season against the rival South Carolina Gamecocks.

Where the Tigers go from there depends on the Tigers’ 12 regular-season games.

Does Clemson get another shot at an ACC title?

Does it play in the College Football Playoff for the third straight year?

Or do the Tigers take a step back this season without their key leaders from last year?

Here’s a game-by-game prediction of the upcoming season:

This is the perfect game for the Tigers to open the season with their many new faces in key positions on offense (and a couple on defense). … W.

The series with Auburn has turned into a really interesting one the past few years. This game shouldn’t disappoint. … W.

The Tigers and Cardinals have played three terrific games since the Cardinals joined the ACC. Here comes another one. … W.

The rematch of last year’s ACC championship game should be one of the conference’s top games of the season (and could lead to yet another rematch in December). … L.

Dave Clawson’s program appears to be headed in the right direction, but it has to beat one of the conference’s top teams to take the next step. …W.

The Orange aren’t quite ready for this kind of game, even if it’s at home. … W.

The Yellow Jackets, like the Tigers, are looking for a new quarterback this season. … W.

The Wolfpack gave away last year’s game with the Tigers, but they might not have that chance this year. … W.

The Tigers and Seminoles have ruled the ACC since 2011, and many will predict the Seminoles will be at the top of the conference this season. … W.

The Bulldogs have one of the top FCS programs in the country. … W.

The Tigers are going for their fourth straight win over the Gamecocks (coming off the five-game losing streak all Tigers fans know too well about). … W.