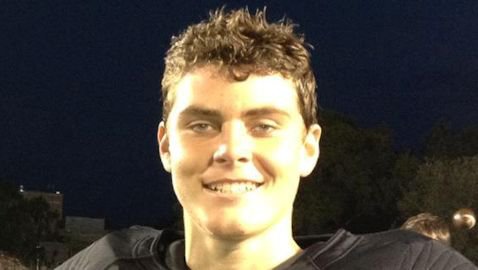 Clemson’s past, present and future collided last weekend to give Jake Fruhmorgen

View Full Profile a lot to think about over the next two weeks as he prepares to decide between Clemson and Florida.

The 6-5, 282-pound prospect told TigerNet that he enjoyed his visit to Clemson, but most of all enjoyed seeing the football team in action.

“It went well. We had a lot of fun with the coaches, getting to meet some players, watch the practices and see some situations that I'd be in if I was there,” Fruhmorgen told TigerNet Tuesday afternoon. “Practice was fun to watch. It was fun to watch the offensive line and see how far away you are from being at that level and how big they are. I just watched them get after it. They did the PAW drill, which was fun to watch. That's what we do at Plant.”

Fruhmorgen also spent time with Fry – a standout on Clemson’s offensive line from 2002-2007 and a current graduate assistant.

“I kind of hung out with Dustin Fry for the most part,” Fruhmorgen said. “He's a GA who is a really good coach. I think he's going to be a really, really good coach in the future. It was cool to talk to him and learn how the offense rolls and stuff and how I can fit into it.”

Much of Saturday was spent with other recruits who were in town for Clemson’s second junior day, including two of Clemson’s offensive line commits.

“They [Hyatt and Green] are both really good guys,” he said. “You want to surround yourself with people similar to you. I think they are similar to me - their upbringing, who they are as individuals, their work ethic and the high schools they come from. It was good to get know those guys.”

Before Fruhmorgen left campus, the Clemson coaches had a simple message for him.

Fruhmorgen said that his upcoming decision will come down to Clemson and Florida, but they are a lot of things that he likes about Clemson.

“I think in about two weeks, I'll make a decision,” he said. “It's probably between Clemson and Florida. Those two schools are really sticking out a lot. I really like Clemson's atmosphere, the kind of players that they recruit, the work ethic that the team has, and what they're going to do in the future.”