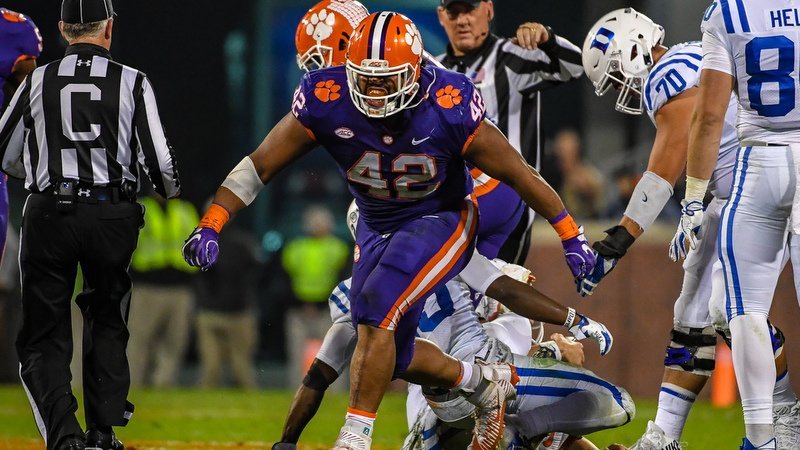 Christian Wilkins made an impact all over the field and was the first to celebrate any Tiger TD.

Christian Wilkins left campus as one of the more decorated Tiger defenders in school history -- his status as a leader on two national-championship and four Playoff teams doesn’t hurt his stock either.

Wilkins emerges on top of an ultra-talented Clemson defensive tackle group in the ACC era, edging past the Perry brothers.

Here’s a couple more Tigers who were in consideration for a top-5 spot:

Why he’s here: Wilkins’ ability to affect a play and versatility made him stand out as Clemson’s second-ever three-time, first-team All-American (Sammy Watkins the other).

He earned only the school’s fifth unanimous All-America honor as a senior, totaling 15 tackles for loss, six sacks and 57 stops on a national championship defense.

As a junior, Wilkins picked up the Willis Award, which goes to the nation’s top defensive lineman. 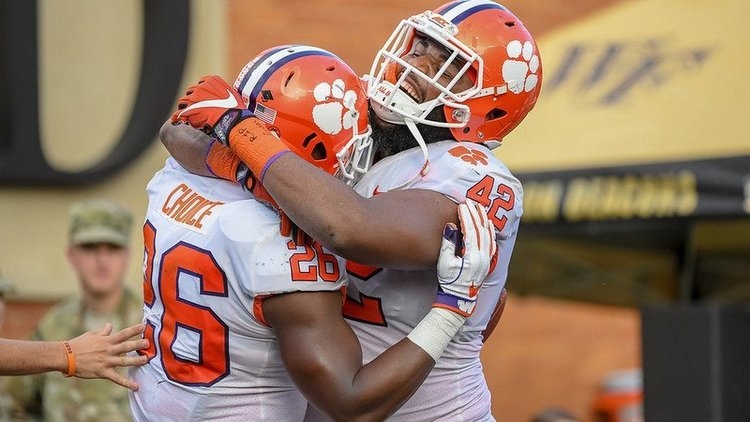 Christian Wilkins made an impact all over the field and was the first to celebrate any Tiger TD. "

Wilkins was picked 13th overall by the Miami Dolphins in the 2018 NFL draft.

Off the field, Wilkins also notched the ‘Academic Heisman’ Campbell Award as a senior, given to the nation's top student-athlete.