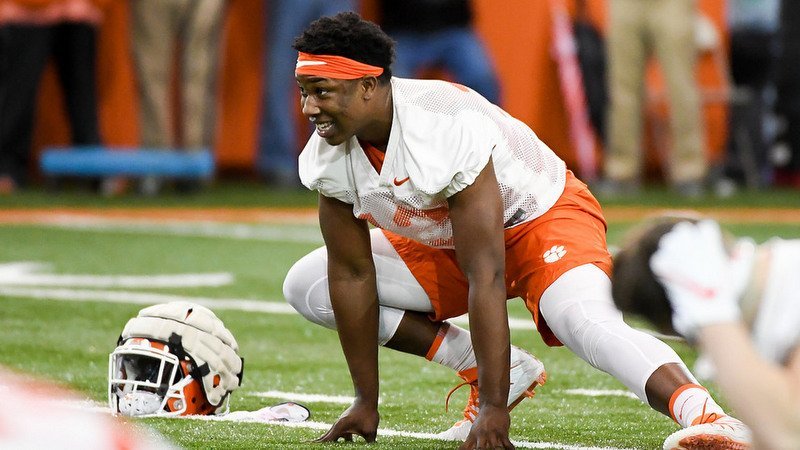 Swinney says Josh Belk, above, is strong for a true freshman

CLEMSON – It’s too early to tell how successful Clemson’s 2018 recruiting class will be, especially since a few members haven’t even made it to campus. Through four spring practices, however, head coach Dabo Swinney said the early enrollees are as good as advertised.

All of the freshmen are participating in spring practice except for Galloway, who is limited after surgery.

Swinney likes what he sees out of the group.

“They are all as advertised. We recruited them for a reason,” he said after Monday’s practice. “They are all we hoped they would be. From just a skill standpoint, a physical standpoint, this is going to be a special group as they go through their careers here.

“We are off to a good start. It's hard to believe we have had four days already. It is just flying by. Day five will be Wednesday, and that will a kind of situational, half-scrimmage day. It will be controlled and trying to build them up to that first big scrimmage next Wednesday before we head into the break.”

Swinney said the freshmen are following the senior and junior leaders. 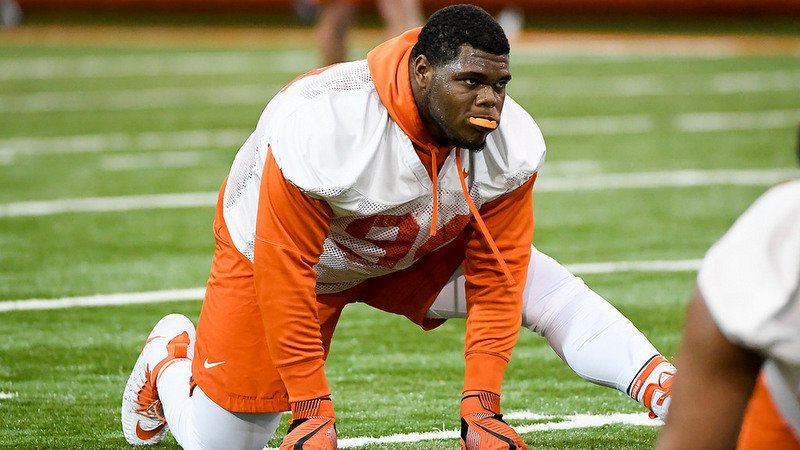 Swinney says Josh Belk, above, is strong for a true freshman"

“I am very pleased with this team. This has been a lot of fun these first four days,” Swinney said. “A lot of energy and enthusiasm. We have got excellent leadership at every position and that is really fun as a coach to come out here every day and just know that you as a coach don't always have to be the one that gets them going. As I've always said the best teams are led from within and this team has certainly demonstrated that these first four days. I really commend those guys for showing up and being ready to go to work. And then having the young guys mixed in has been a lot of fun. We have a lot of young talent, and seeing those guys for the first time in live situations and getting their pads on has been good.”

Swinney has also been pleased with defensive end Thomas, saying that Thomas has a motor that never stops.

“You see that on tape. What you see on tape is exactly who he is. He's explosive off the ball, he's physically strong and he's what you are looking for,” Swinney said. “And then KJ and Xavier are exactly what everybody thought they were. Fast, explosive, smart and explosive players. It's going to be fun to coach that group. That is going to be a fun group to coach over the next few years.”

One newcomer that has caught Swinney’s eye is Belk, a prospect that didn’t garner national attention until after he played in an all-star game at the end of the season.

“They are a special group. All of them. Belk has probably been the guy that I didn't know,” he said. “I know what I saw on tape, but he was playing at a smaller school and you wondered how he was going to transition. Sometimes there is a little bit of a transition from a physical standpoint and the speed of the game. They all have to learn what to do and technique and all of that, but he is strong. It's unbelievable how strong he is for a guy that is just coming in. I am really proud of him.”