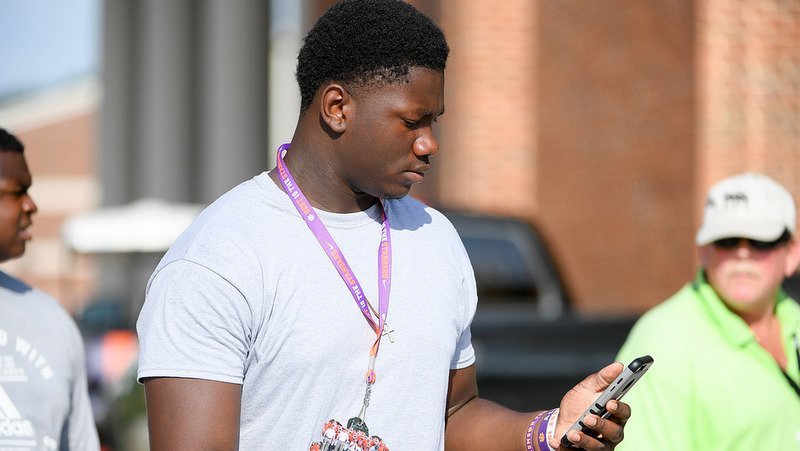 The Nigerian Nightmare is headed to Clemson, and Tiger fans should be excited.

Ruke Orhorhoro, a 2019 defensive lineman out of River Rouge (MI), announced his commitment to Clemson last Friday. Orhorhoro narrowed his choices to Michigan, Clemson, Kentucky, and Indiana before picking Clemson after a visit to head coach Dabo Swinney’s camp last Wednesday and Thursday. He also had offers from Michigan State, Penn State, and Oregon, among others.

The road to Clemson has had many stops for Orhorhoro, who was born in Nigeria, and it includes basketball. Orhorhoro didn’t play football until his junior season of high school. The original Nigerian Nightmare, Christian Okoye, played for the Kansas City Chiefs from 1987-92.

“I was born in Nigeria in 2001 and I came over here when I was nine years old,” Orhorhoro told TigerNet. “I came over with my immediate family. We came over just to live a better life. Last year during my junior season is the first time I played football. It’s a funny story. I always wanted to play football, but the school I went to freshman year (he attended Taylor Trillium Academy his freshman year ) didn’t have a football team.

“Football was always my first love, but I ended up playing basketball for three years. My junior year, the defensive line coach was watching the basketball game and they were talking about needing defensive linemen and someone pointed me out to him and told him about how much upside I had. They told me I could play football and maybe even go D1. Ever since then, it’s just been up.” 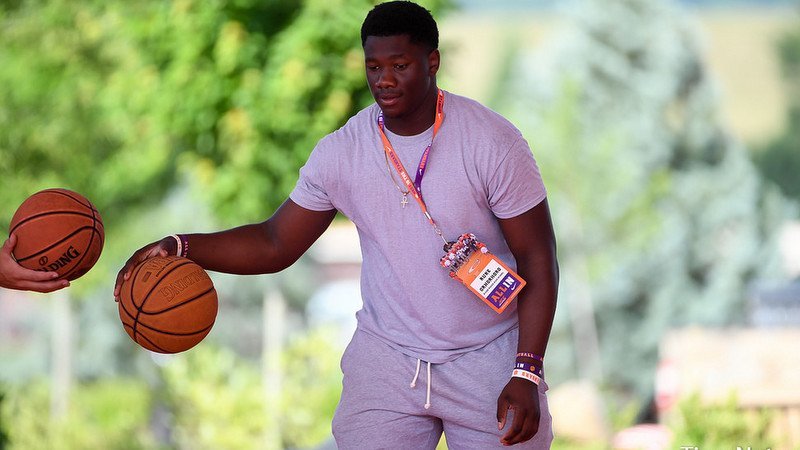 Orhorhoro then went out and got four sacks in a week two game against Detroit Cody. He went on to finish his inaugural season with 76 tackles, 28 tackles for loss, including 20 sacks, and that led to more than two dozen college scholarship offers.

One of those offers came from Clemson defensive coordinator Brent Venables, prompting a Clemson visit.

“Clemson has always been a dream school of mine and I just wanted to see it first-hand and in person. After I saw everything I needed to see and hung out with some players, I could tell that people were genuine,” Orhorhoro, who calls himself the Nigerian Nightmare, said. “I knew that I could trust Coach Venables and Coach Swinney and Coach Bates to develop me not only as a player but as a man and teach me life lessons. We were in a little meeting and I told them the news and we had a little party.

“I felt like now was the right time to just let the public know. Most of my family and teammates already knew but I just felt like this was a good time to post it.”

Orhorhoro blossomed in the sport and went from 215 pounds to 271 pounds, and Venables sees a player that can play more than one spot on the defensive line.

“It’s a pretty good learning process. I’m a pretty fast learner, so I catch onto things quickly. Anything they teach me, I pick up pretty quickly,” he said. “He (Venables) feels like I can move around and play anywhere they need me. Me being 215 at the beginning of the year and now being 270 is a big jump, so just imagine me being in a college weight room and on a college nutrition program. I could probably be 300 pounds before the season.”

The transition won’t be easy, but Orhorhoro has already proven in his young life that he can handle change – even if the new change means a South Carolina summer.

“I’ve spoken English my entire life, so it wasn’t a big deal for me when we moved here. It was just kind of weird being from a place that it’s 90-degree heat every day to a foot of snow,” he said. “I didn’t even know what snow looked like. It felt kind of like being back in Nigeria when I was down in Clemson with the heat, but at the same time but I’m used to three feet of snow, so when I got there it was like, ‘Whoa, this is a whole different type of heat.’”

Orhorhoro is also a dedicated student - he owns a 3.8 grade-point average, including 4.0 last semester.