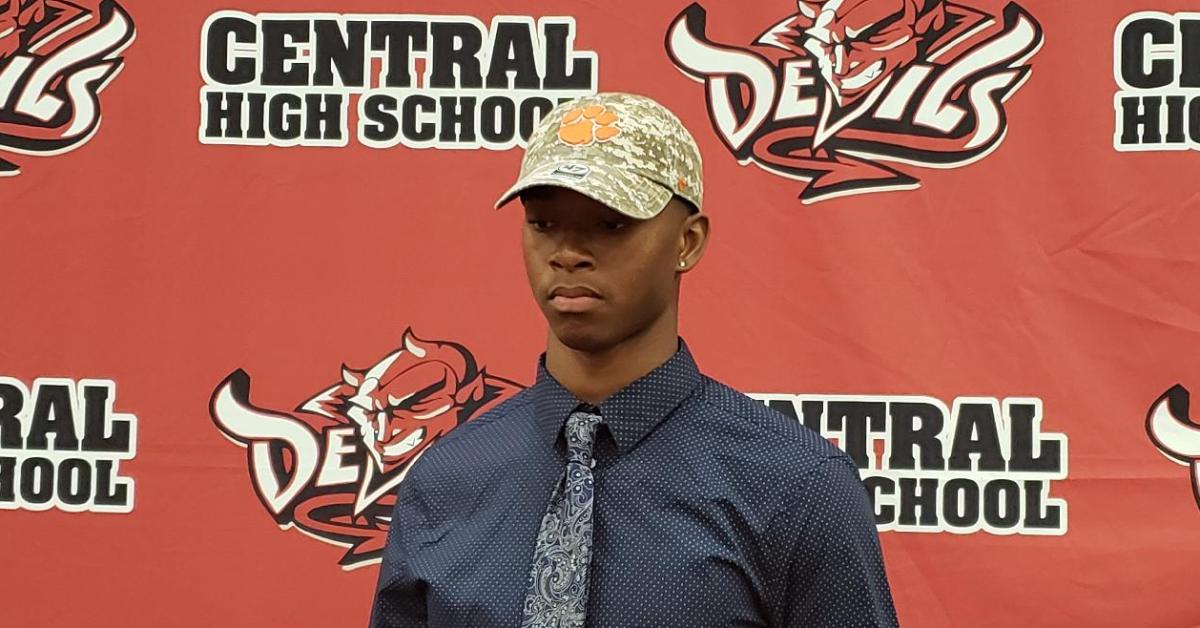 PHENIX CITY, AL – EJ Williams thinks Clemson is the most amazing place in the world.

Williams is the 4-star 2020 wide receiver prospect out of Phenix City (AL) Central that committed to Clemson Saturday afternoon in a ceremony at his school. Williams chose the Tigers over a final four that included Alabama, Auburn, and LSU. It was LSU that finished a close second, and Williams and his mother Vontrelle had an amazing trip to Baton Rouge in late July.

Williams told TigerNet that he is glad the recruiting process is over.

“This is a lot of stress off my shoulders. I can be 100 percent on football now,” Williams said. “I was worried a lot about recruiting, but now I don't have to worry about it anymore. I am All In. I am a Tiger.”

It didn’t hurt that the Tigers already have Central products Justyn Ross and Ray Thornton on the roster, with Ross playing an important role in Williams’ recruitment.

“Coach (Jeff) Scott really wanted him (Ross) to get me to Clemson, and he was recruiting me as hard as he could. He didn't really play a role, though,” Williams said. “This choice was all my own. It was my choice to go to Clemson. Nobody persuaded me or anything like that. I felt the best at Clemson.”

Clemson’s reputation as Wide Receiver U also played a role.

Williams announced his decision flanked by his mother and his sister with a picture of his father on the end of the table. Saturday marks nine years to the day that his father – who served in the US Army – passed away.

Williams was glad to have his family by his side.

“It has been a lot of stress. We had a lot of long nights arguing. But at the end, we are still family,” he said. “We love each other. But they are proud of me and they were going to be proud wherever I went, whether it was Auburn or LSU or Clemson. They were just going to be proud of me that I did it and that I am going to college for free.”

Williams met with Swinney in late July and told the head coach that he was likely headed to Clemson. The trip to Baton Rouge made him start thinking long and hard about his decision, however.

“That was when I started really thinking about where I wanted to go,” Williams said. “It was between LSU and Clemson. When I went for that last visit, it was unbelievable. That is a beautiful campus and I have a great relationship with all of the coaches.”

“It was really Coach Bates. He came to me and showed me depth charts and things like that,” Williams said. “But he wasn't really trying to convince me to go to Clemson, he was just trying to show me that you want to go to a school where they will bring out the best in you. That school is Clemson and I agreed with him strongly.”

At the end of the day, LSU wasn’t as amazing as Clemson.

“I don't really know what it is. I guess once Ross started it, it started rolling in,” Williams said. “Once I went, I felt like Clemson was the most amazing place in the world.”