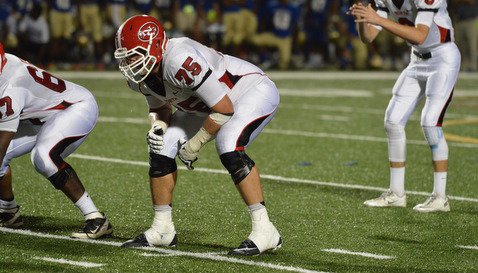 Clemson and Georgia battle on the recruiting trail every day in the Peach State and the Tigers and Bulldogs will battle on the gridiron Saturday evening at 5:30 p.m. in Sanford Stadium, a game which could have a huge impact on recruiting.

Clemson currently has 19 players that hail from the state of Georgia and four Peach State natives committed for the 2015 recruiting cycle.

TigerNet reached out to all of the 2015-2016 Clemson commits as well as several uncommitted prospect to see how they thought Saturday’s border brawl would turn out.

Here’s what they had to say:

Zach Giella, OL, Martinez (GA) Augusta Christian– UGA’s defense is struggling, so I expect our offense to put up good numbers. Our defense is pretty stout. We should be able to handle them pretty well, especially later in the game. I’m predicting 28-17, Clemson.

Sterling Johnson, DT, Clayton (NC) Cleveland – 17-14, Clemson. The key is if Clemson’s offense can play fast an pass the ball efficiently and if they can stop the UGA run game.

Kaleb Chalmers, CB, Greenwood (SC) – I think the score will be 42-21 Clemson. Keys to the game will be QB play for Clemson and containing the run.

Chad Smith, LB, Sterling (VA) Dominion – Well I think the keys to the game will be whoever can establish dominance on both O-line and D-line. Whoever controls the line of scrimmage I believe will win. And whoever can control the ball the longest I believe will have the best chance of winning. I believe it'll be a tough game for Clemson but I believe they will pull it out in a hostile environment. I'd say somewhere around 31-27 Clemson.

Mitch Hyatt, OL, Suwanee (GA) North Gwinnett – The big things will be defense. I think it will be low scoring. 27-14 the outcome being Clemson.

Tanner Muse, S, Belmont (NC) South Point – I think it's gonna be 24-21 Clemson and the key is to stop Gurley on defense and try to keep the ball away from their offense.

Shadell Bell, WR, Decatur (GA) Columbia – I say 21-14 Clemson. Keys I say that it’s going to be the d-line and defense to stop Gurley and the offense to score points with little mistakes. Just have to stop the run game of UGA.

Garrett Williams, TE, Orlando (FL) First Academy – I think it will be 31-21 Clemson.