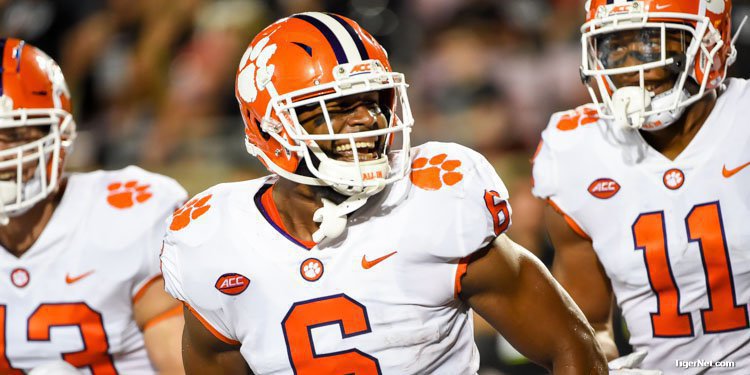 Former NFL quarterback “Dandy” Don Meredith was known for singing “Turn Out the Lights…The Party’s Over” during his Monday Night Football telecasts. The song was reserved for the point in the game when he thought the matter was no longer in doubt.

Dandy Don was warming up his vocal cords at former Clemson linebacker Dorian O’Daniel’s draft party Friday night and wasn’t quite into the first stanza when O’Daniel’s phone rang. Suddenly, the party was back on.

O’Daniel was selected by the Kansas City Chiefs with the 100th overall pick in the third round in Friday’s edition of the NFL draft, the last pick of the first three rounds.

“Yeah, so it was like the 98th pick or whatever and I mean, my mom had such a nice event for me, she rented a clubhouse, we had family driving in from all over the place,” O’Daniel told TigerNet Saturday. “I was just kinda waiting, kinda anxious, lots of different emotions, and I called her up and just wanted to thank everyone for coming out, and that I was okay with that was going on.

“It wasn’t the plan to go that night and just started to close it out. We started to exit like giving hugs to everyone and everything and getting ready to pose for a picture, and my phone starts ringing, and it’s like a four-digit number, and I was like hold up, this isn’t a telemarketer or anything, so I pick up the phone, and he’s like, ‘Hey Dorian.’ And just then I was like, oh man ,this is about to happen.”

The Chiefs were calling with the good news, and his good friend and future teammate was there to share in the occasion. 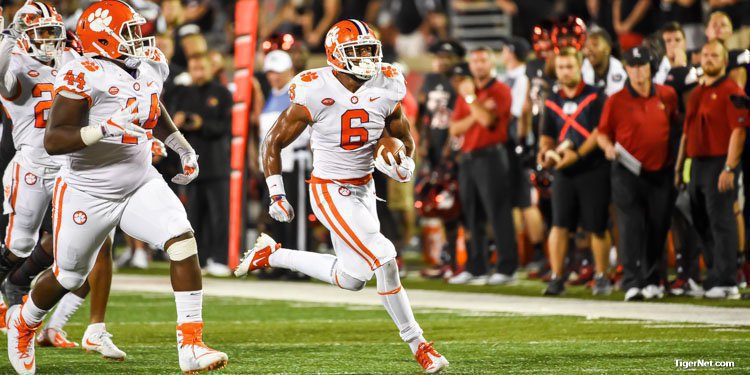 “He said he was with Kansas City and right then and there, my friend Kendall Fuller, he played for the Redskins, and he just got traded to the Chiefs,” O’Daniel said. “We went to high school together, we played in high school together, and he was there at the party with me, and prior to the draft he told me that the Chiefs asked about me. Like a thumb up or thumbs down kind of deal. Of course, he vouched for me because he believes in me as a player and I guess they took him up on his word.”

O’Daniel said he had a feeling the Chiefs might be the team that picked him.

“It’s crazy because at the combine I had a formal meeting interview with the Chiefs and it went very well,” he said. “It went really smooth; the energy was very fluid-like. It was a great overall meeting. But after that they didn’t really keep up too much contact. I figured they liked me but for whatever reason they have their own agenda. So, I just found out it was Kansas City and I looked at him (Fuller) and he said is it Kansas, and I said yeah.

“You can imagine how he started acting. So, mind you when I got the call I was by the exit and people were still saying goodbye in the main room, so when people realized what was going on it was just a huge uproar of just everyone celebrating and congratulating me and all. It was definitely a moment that I will remember forever. I can’t make stuff like that up. It was not a coincidence that I go to close my draft party down and I get the call as people are walking out. That’s truly special.”

What is it like to join a Chiefs team that is trending up?

“Honestly, I am so excited. They have made some major moves this offseason defensively. To be part of an organization that, I like literally talked to the staff today and they have a plan for me. That’s one thing in this whole process that I longed for. I wanted to go to a team where they had a plan for me. They had a plan or a system for me to allow me to showcase my abilities and what I can do on the field. The Chiefs are a major team and that’s what they have for me.

What is it like to be the first Clemson player off the board?

“That part I was not expecting. I thought something like Clemson had always had people in the first couple of rounds the past couple of years, and I’m glad that I was barely able to keep that streak alive. It’s awesome, its definitely a blessing, I am very fortunate. I am happy for all of my teammates being considered to be drafted. There’s still a couple of days left in the draft, and I don’t doubt that those guys will get picked up or sign wherever they fall. But to be the first guy from Clemson taken is something I definitely didn’t imagine you know in my first year coming in, but I worked hard to get to this point and I’m proud of myself.”

What is your favorite memory from Clemson?

“My favorite memory from my time at Clemson is probably very general. It’s probably in-between moments. Obviously, the games are special but just those team brotherhood moments in the locker room I’m going to remember those forever. I can put on a game and remember that game, but to cherish those memories and moments with teammates that I am going to see at the next level, be friends for life, family for life, that’s what it’s all about.”