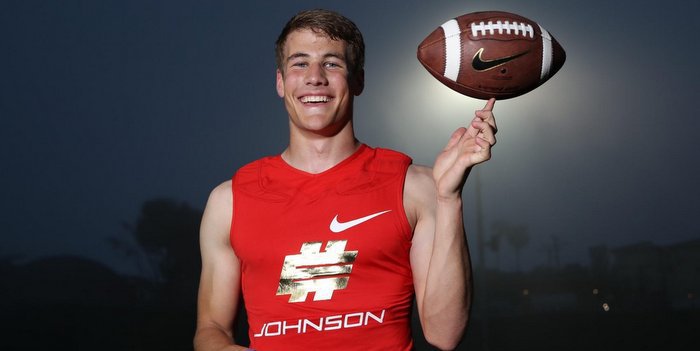 When Nike’s The Opening takes center stage this weekend on ESPNU, the future of Clemson football will also be on on display.

The nation’s top 166 players have traveled to Eugene, Oregon – home of the Nike world headquarters – to compete in The Opening Finals, and while many of the top schools from around the country will be represented, some of Clemson’s top commits and targets will be on display for the country to see.

ESPNU will broadcast segments of The Opening Saturday and Sunday night at 8 p.m. for fans to get a glimpse at some of the drills and the 7-on-7 tournament that took place earlier in the day, and you can expect to see plenty of orange and purple during the broadcast.

Five-star Brownsburg (IN) quarterback Hunter Johnson, 4-star Knoxville (TN) Catholic wide receiver Amari Rodgers and 5-star Oak Ridge (TN) wide receiver Tee Higgins will all be on Team Mach Speed for the 7-on-7 tournament. The trio spent three days together at Dabo Swinney’s high school camp last month and worked on their chemistry to prepare for the upcoming tournament, giving them a leg up on the competition. 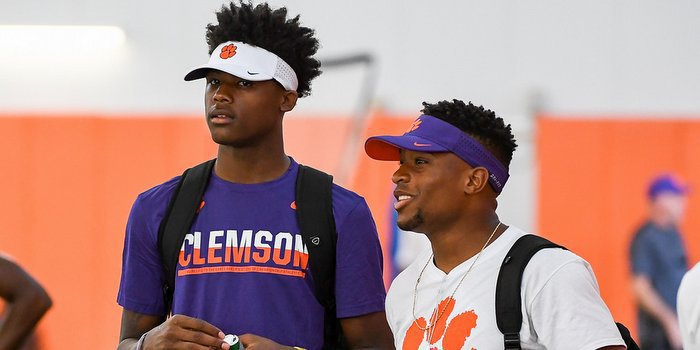 Team Fly Rush features a pair of coveted cornerback targets in Jamyest Williams and A.J. Terrell, both of whom have been very high on Clemson throughout the process. Williams, who just transferred to Grayson (GA) has held Clemson as his leader at times during his recruitment will release a top five this week and could announce a decision before the end of the summer. In-state wide receiver OrTre Smith is also a part of Fly Rush and will decide most likely between Clemson and South Carolina on September 11th.

Clemson has three defensive targets on Team Hypercool in linebacker Jordan Anthony, safety Devon Hunter and linebacker Drew Singleton. Clemson has been a favorite of Hunter’s and Singleton’s over the last several months.

Team Lunarbeast will showcase an over-sign worthy prospect in the No. 3 rated running back D’Andre Swift, who will make his way to Clemson’s campus later this summer. Clemson was only expected to take one running back this cycle and the Tigers already have Memphis (TN) Trezavant 4-star Cordarrian Richardson committed, but Swift could be the perfect complement.

Finally, linebacker Justin Foster, has long been a prospect high on Clemson’s list and he will represent the lone target on Team Alpha Pro.

The group of linemen have several Clemson targets who will be participating in the week long events. Offensive line teammates Andrew Thomas and Jamaree Salyer out of Pace Academy (GA) will be on hand. Both attended a spring practice earlier this year and have been high on Clemson since. Thomas will announce his decision at some point this weekend during the broadcast, and while he appears to be a Georgia lean, you never can count Clemson out.

The No. 1 prospect in the nation (ESPN) in offensive lineman Trey Smith is in Oregon as well. Smith has been courted by Clemson for quite some time, but most think he will end up at Tennessee. However, a week with Rodgers, Higgins and Johnson might change his mind a little.

Three of Clemson’s top defensive line prospects are also on hand. Malik Herring and Jordan Williams sit atop the Tigers’ defensive end board. Herring was on campus for Swinney’s high school camp and this looks like a Clemson-Georgia battle until the end. As for Williams, he will announce his decision on August 6th and will choose from Clemson, Tennessee, Virginia and Virginia Tech. 2018 defensive lineman Xavier Thomas was one of the few underclassmen invited to the event.