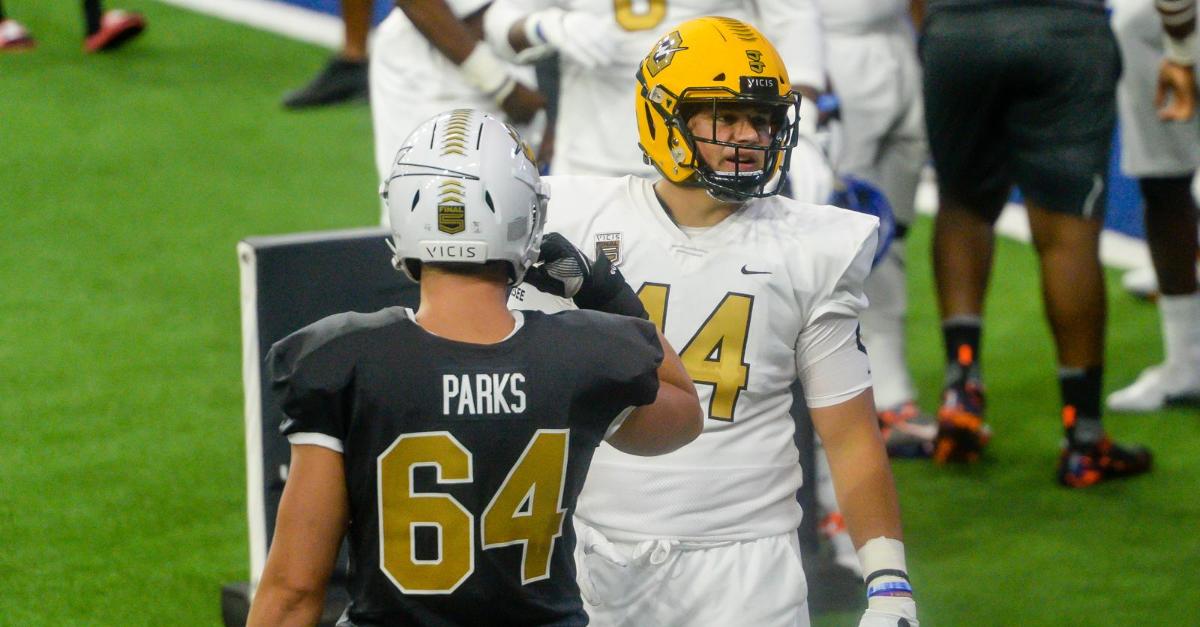 FRISCO, TX – Another year of The Opening Finals is in the books and Clemson commits once again took center stage.

The premier All-Star event of the summer wrapped up at The Star Wednesday afternoon with the finals of the 7-on-7 events and the Lineman Challenge. Three Clemson commits – defensive lineman Bryan Bresee, defensive lineman Tre Williams, and offensive lineman Walker Parks – were in the final 10 of the lineman event.

I’ll start with a quick rundown of what I saw out of those three this week.

Another lineman won the MVP Award, but Parks showed why he continues to rocket up in the rankings. He has exactly what you want in an offensive lineman – he has a combination of length and athleticism that make him a perfect candidate for tackle. I loved the fact that Parks might get beat on a play, but instead of sulking or pouting, he would dig in even harder and make a big play during his next turn. He also sought out the coaches on hand – always looking for advice on a technique or move – and took that coaching to the field.

Fellow Clemson commit Mitchell Mayes told me that if anyone deserves a fifth star, it’s Parks.

He’s a little on the lean side right now, but that’s ok. When he gets to Clemson they won’t have to break him down and build him back up. All they will need to do is put him in the weight room and on the right nutrition program and he’ll be one of the best linemen in the country. He’s already strong with that great technique, and with the right weight, he’ll be a monster.

Bresee was having a lot of fun out there. He’s good. He knows it. He doesn’t feel like he has to prove it to anybody. I asked Clemson commit Paul Tchio of Bresee ever stops moving or talking, and he laughed and said no. Just as I asked the question, Bresee chased a stray football to midfield and punted it back towards the end zone. Tchio said he can already see that Bresee is going to be a leader at Clemson.

Bresee checked into The Opening at 6-5, 294 pounds. That’s right – he took most of the reps at end weighing just shy of 300 pounds. And was obviously the top dog. A lot of people like to compare him to either Joey (280) or Nick (263) Bosa. Because of his size, some say JJ Watt (283). However, he reminds me a lot of Rashan Gary, but Bresee is smoother and more athletic.

I have no idea what Brent Venables’ plan is for him – Bresee mentioned to me earlier this week that he can play outside on first and second down and move inside on third down. How many guys can do that?

He’s an athletic freak who works hard, is coachable, and has a competitive streak that never seems to stop. What’s not to like?

Williams didn’t lose many reps this week. He is big, strong, and has an explosive jump off the snap. The only times he got in trouble would be when he didn’t deviate from the power move – once an offensive lineman knows what’s coming he has a better shot at the stop. When Williams was mixing it up he was almost unstoppable. He has more than enough quickness to get the job done.

He will have to change his body just a bit when he gets to Clemson, but other than that there isn’t a lot to be done.

Finally – got a chance to watch cornerback Fred Davis over the last few days. He s tall and fast and athletic – just the kind of cornerback that Mike Reed and Brent Venables are looking for. I was taking photos and got a little frustrated because didn’t really throw his way. He has great feet and hips – he got turned around on a go route Tuesday night but quickly changed direction and actually beat the receiver to the ball. That can’t be taught.

I didn’t see him get beat during the two games I watched.