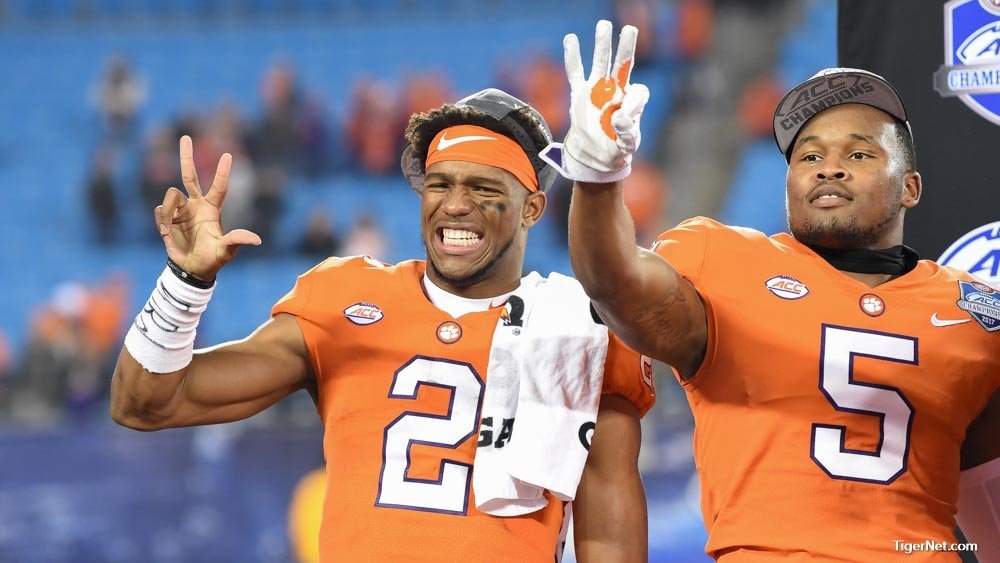 The 2017 football season ended on a bitter night in New Orleans, but the loss to Alabama shouldn’t overshadow a season in which the Tigers made the College Football Playoff despite being cast in a “rebuilding” role by college football analysts.

Clemson head coach Dabo Swinney reached these accomplishments in 2017 with an offense that returned players who accounted for just 23 percent of the total offense in 2016, the third lowest percentage in the nation. However, Clemson won a third consecutive ACC Championship, won 12 games and earned a trip to the Sugar Bowl for the first time in almost 60 years.

We ran an update on the accomplishments for the 2017 season, but some of them show that we are living in the "good old days" of Clemson football. With that in mind, I’ve picked a few that I think bear repeating.

*Clemson was ranked No. 1 in the nation by Associated Press, USA Today Coaches and College Football Playoff Poll entering the bowl season. That is the second time in three years that has been the case. The Tigers also finished fourth in both the AP and USA Today polls, the third consecutive top-four finish for the program, a first in school history and just the second program in ACC history to do it. It marked the sixth straight top 15 finish and seventh straight top 25 finish in both polls.

*Clemson and Alabama are the only schools with an active streak of at least seven straight top 25 seasons.

*The Clemson program now has seven consecutive seasons of at least 10 wins, just the ninth program in FBS history to do it. Clemson and Alabama are the only schools with an active streak of at least seven straight 10-win seasons.

*Clemson is the first Power 5 team in 10 years to win four games on the road against teams that finished the year with at least eight wins (Louisville, Virginia Tech, NC State and South Carolina).

*The 2017 team ranked in the top 10 in every AP and USA Today poll, giving the program a record 43 consecutive top 10 rankings, tied for the longest active streak of top 10s with Alabama.

*Set school record with 52 consecutive top 25 rankings in the AP poll dating to 2014. The streak is active entering 2018.

•Set school record for wins in a decade, the program now has 88 in the decade of the 2010s, one more than the 87 Clemson had in the 1980s. Of course there are still two years left in the decade to add to the record, and of course, there are more games played now than in the 1980s.

*The Tigers have also been good against the highest competition, posting an 11-2 record in matchups with top 15 teams and a 15-2 record against top 25 teams over the last three years.

*The defense was pretty good, too. The Clemson defense led the ACC in total defense, rushing defense, pass defense and scoring defense. No previous Clemson team had led the ACC in all four categories in the same year.

*The 38-3 win over No. 7 Miami in the ACC Championship game was the largest victory margin over a top 25 team in school history.

*Dabo Swinney became just the fourth coach in FBS history with at least 100 wins in his first 10 years as a head coach.

I spoke with Swinney a few weeks ago about all of the accomplishments over the past few years, but also mentioned the incoming recruiting class and the buzz surrounding the program right now, and he smiled and said, “We’re just getting started.”