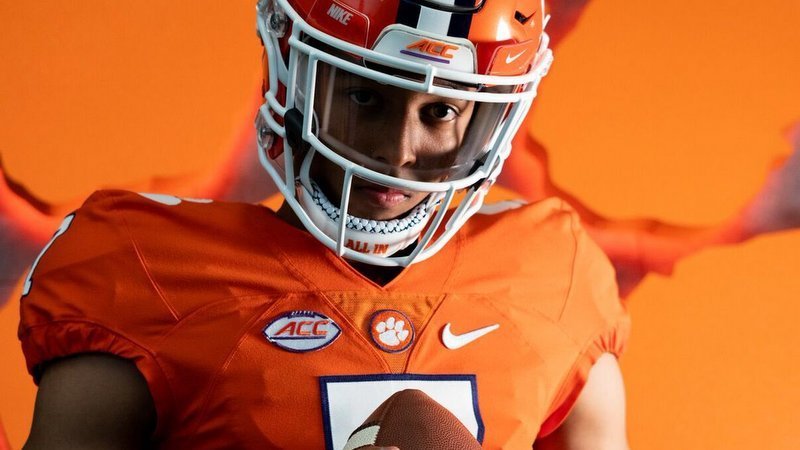 Jalen Kimber’s multi-state and multi-school tour last week was all that he hoped for and more. His Clemson visit? Unbelievable.

Kimber is a 4-star 2020 defensive back out of Mansfield (TX) Timberview who has offers from the likes of Alabama, Florida, Nebraska, Michigan, Notre Dame, Ohio St., Oklahoma, Texas, and Texas A&M. The one offer he doesn’t have but covets is a Clemson offer, and he hoped a trip to Clemson’s campus last Friday and a meeting with the coaches would show he sees the Tigers as a contender for his services.

Kimber participated in the Rivals 3 Stripe Camp Series in North Texas nine days ago and walked away with camp honors, including the Adonis Award. That camp kicked off a busy week for Kimber, who flew into Atlanta Wednesday evening and visited Georgia Tech in the morning and Georgia in the afternoon. Kimber made his way to Columbia Friday morning for the Gamecocks’ 7 am workouts, and then made his way to Clemson for Friday afternoon’s practice.

It was the stop in Clemson that left an impression.

“It was unbelievable. The most impactful part was the time I got to spend with Coach (Mike) Reed and Coach (Brent) Venables,” Kimber told TigerNet. “I got to sit in and listen to how he teaches and get an idea on his coaching philosophies, which is huge for me. At this point, facilities are facilities and they are all nice in their own way. I have some specific things I need to know and understand.

What was the message the Clemson coaches wanted to convey?

“My conversations about football were brief and to the point ninety percent of my time with Coach Reed and Venables,” Kimber said. “It was simply a normal conversation. It was natural. I felt they were more concerned with who I was and what I was about as a person first and foremost. That was different.

“Both coaches made it clear that they thought I was a good player and liked what I brought to the table. Everyone was shocked and surprised that I came. They weren't sure that I would leave Texas. I want it known that I will go to the place that is best for me and my total development.”

The only thing missing was a chance to meet head coach Dabo Swinney.

“I didn't get to meet with Coach Swinney because of the high school coaching clinic they had there,” he said. “There was a lot going on. I'll be back and that will get done. That was really the only thing missing from this trip.”

Kimber said an offer wasn’t extended, but an invitation to come back in June was put on the table.

“They said they would love for me to come back to their high school camp in June,” Kimber said. “They want to spend more time with me and see me in action.”