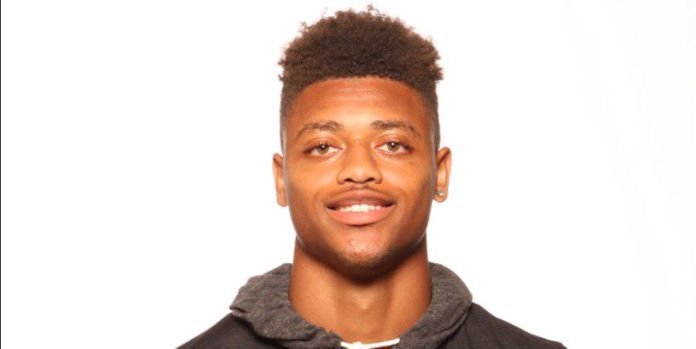 Clemson’s 2017 recruiting class picked up another 5-star Friday afternoon with the commitment of the nation’s number one corner in Atlanta (GA) Westlake’s A.J. Terrell. Terrell says he’s ready to play for championships.

Terrell committed to the Tigers via a Rivals video, becoming the 13th player for the 2017 recruiting cycle. Terrell is also the third player with a 5-star rating by at least one of the major scouting services, joining wide receiver Tee Higgins and quarterback Hunter Johnson. Terrell picked Clemson over Florida and South Carolina, but said the Tigers were way ahead of the two SEC schools, with Florida coming in a distant second.

The end of the video shows Terrell, standing with his family, as the group says in unison that they are “All In.”

Terrell says he feels like that reflects how his family feels about his decision.

“They are invested a lot. They are on board 100 percent,” Terrell told TigerNet Friday. “They helped me throughout this whole process and with my decision. We all feel comfortable.”

He said that his visit to Clemson for the All In Cookout, the Tigers’ annual elite recruiting summer event, is when he knew he would be headed to Clemson.

“Really, after the All In Cookout that is when I said I wanted to be at Clemson,” Terrell said. “It was the family side of things, and talking to Coach Swinney and all of the coaches. We had a good talk, and I just felt at home there. There were a lot of families there and that made a big difference for me.”

Clemson loses senior corner Cordrea Tankersley after this season, and true freshman Trayvon Mullen is showing he will play this season during August camp, but Terrell says he’s only been promised an opportunity.

“The coaches tell me that they never promise a player that they will start, but they always promise an opportunity,” he said. “They tell me that playing is going to happen and I can get on the field if I do the right things when I get there. It’s all on me. But, it’s going to mean a lot to be coached by (secondary coach Mike) Coach Reed. Me and Coach Reed have built a nice relationship over the past couple of months and I feel at home.”

“Coach Dabo is really one of a kind. He threw me off the way he was talking,” Terrell said with a laugh. “I really like the way he carries himself and shows a lot of love, too. Playing for him will mean a lot.”

“That means a lot, too. That facility is going to be crazy and the best facility in the country,” he said. “Me walking in my first year with that will be a blessing. I want to see everything. There's really not one thing about it that sticks out. There's a whole bunch of stuff in there. I would have to say that I'm looking forward to everything.”

It also helps that the Tigers are a team that will compete for national titles for the foreseeable future.

“Most definitely. Clemson has the opportunity to continue competing for national championships,” Terrell said. “The championship run was all good, but it was the way they got there. They got there when everything wasn't just about football. It was about them and their hard work and dedication.”

I am happy to say that I have OFFICIALLY COMMITTED TO CLEMSON UNIVERSITY ?????? #ALLIN #WE2DEEP17 pic.twitter.com/JwtLAMvDsK