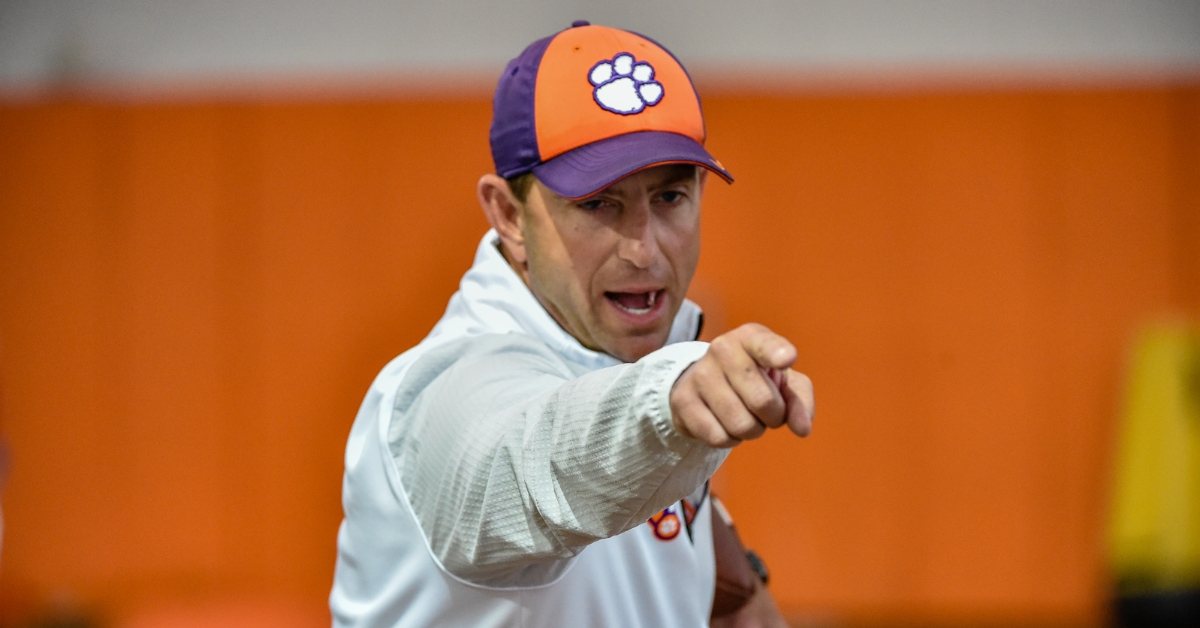 Swinney said he is optimistic life will return to normal sooner rather than later.

More than a few college football writers have suggested the 2020 season will be canceled or, at the very least, have a delayed start with a truncated number of games. Clemson head coach Dabo Swinney doesn’t buy into the fear.

Swinney held a conference call with the media Friday morning to discuss how his team is handling social distancing, the cancellation of the annual spring game and the rest of spring practice, and the general state of his program.

Swinney was asked if he had a preference for when the season would start or if he would mind playing in the spring, and he responded without hesitation that his preference is to have a normal calendar.

“It goes to back to when I first became a head coach, people told me I needed to have a plan to win and a plan to lose. I did that early on, but I haven't done that in a long time. I have one plan and that is a plan to win. And if it doesn't go that way, well I can figure that out in about three minutes. That is just my mindset. I have one plan, and that is to get the Tigers ready to play come September or late August or whenever.”

Swinney said Americans can do anything, including putting an end to the virus sooner than the rest of the world thinks.

“And these guys are all training, obviously, so that is my preference that we have camp in August and get on and play the season,” Swinney said. “And I don't have any doubt that is going to be the case. I have zero doubt. This is America, man. We have stormed the beaches of Normandy, we have sent a car and drove around on Mars, and we've walked on the moon. This is the greatest country and the greatest people in the history of the planet. We have created an iPhone that I can sit here and talk to all of these different people in all of these different places. We have the smartest people in the world, and we are going to rise up and kick this thing in the teeth and we are going to get back to our lives.”

Swinney went on to say that the start of college football is still far in the future and that he has an acronym for those who are thinking the end of the virus is a long way away.

“That is long time away, man. This is April the 3rd. I have one focus, and that is getting the Tigers in camp in August and that is getting ready for Georgia Tech and getting in the Valley in September,” Swinney said. “I can't wait to celebrate with all of the Tiger fans. In fact, I have us an acronym for Tigers. It stands for This Is Gonna End Real Soon. That is the only mindset I've got. All of that other stuff? I will let all the other smart people figure out all of those doomsday scenarios. I have one scenario and that is running down the hill and kicking it off in the Valley.”