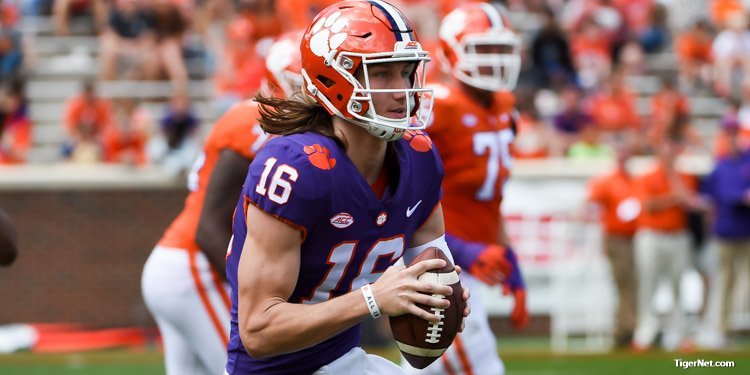 The latest Heisman odds are out, and one national radio host is on the Trevor Lawrence bandwagon despite Lawrence not being listed.

According to Westgate's 2018 Heisman Trophy odds, Stanford running back Bryce Love is considered the favorite with opening odds at 5-1. Clemson quarterback Kelly Bryant is among a group of players who opened at 20-1, which are the 5th best odds currently offered by the book.

Taylor Zarzour, a college football host on SiriusXM’s First Team with former Alabama quarterback Greg McElroy, was quick to tell his listeners Monday morning that he thinks freshman quarterback Trevor Lawrence should be on that list.

“I really don’t like putting money on Kelly Bryant, no disrespect. I don’t care if I’m on an island,” Zarzour said. “I know I’m not on the same island as you, but when it comes to Trevor Lawrence. I’m telling you if this guy wins the job quickly during the season, with that hair and that look and Clemson being one of the top teams in the country, he is going to get the benefit of the doubt. I don’t care if he’s 14 years old. The way that he plays the position and the look that he has is going to get him some attention and some recognition.”

Lawrence demonstrated many of the qualities in the Tigers’ spring game that made him the program's most prized recruit since Deshaun Watson: pocket awareness, mobility, arm strength. No play better captured the imagination of Clemson fans than his second attempt of the day, a 50-yard bomb that caught Tee Higgins in stride for a touchdown — and which came after he saw his primary target covered over the middle. 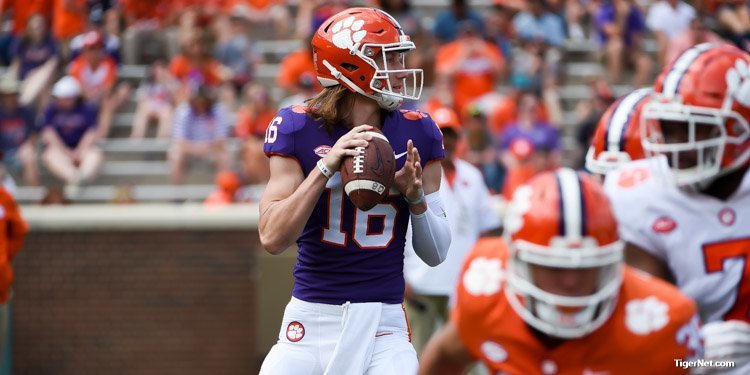 Trevor Lawrence will compete for a starting spot in the fall "

McElroy played the part of devil’s advocate and said its too early to even know if Lawrence will play this season.

Zarzour, however, was convinced that Lawrence will be a star sooner rather than later.

“I’m telling you if you watch this guy, it’s not like he’s showing up to school and doesn’t know which arm to use,” he said. “You apologize in October when this guy is in the middle of the conversation. Book it. It’s gonna happen. He is going to be a star in college football in 2018.”

Zarzour then got in one last parting shot to his counterpart.

“What’s going to be funny is when you steal this information from in October and act like you were part of the bandwagon,” Zarzour said.