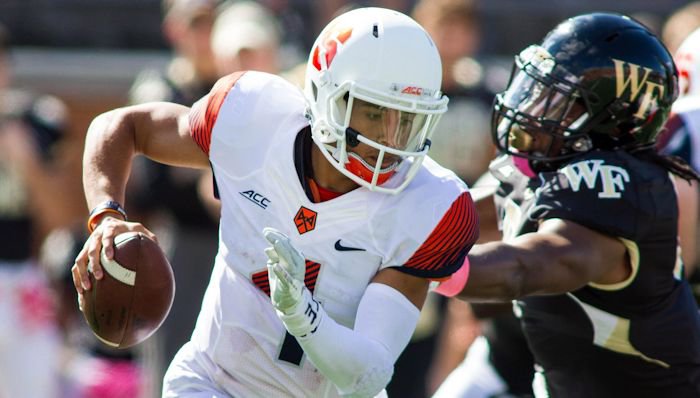 Brent Venables
Def. Coordinator / Linebackers
View Full Profile is known to Clemson fans and players as being emotional and animated on the sidelines, but what do opponents think of the Tigers defensive coordinator?

Syracuse quarterback A.J. Long thinks that Venables is crazy in how he calls Clemson's defense and is capable of drawing up anything to stop the opposition.

The true freshman quarterback of the Syracuse Orange was thrust into action two weeks ago after starter Terrel Hunt went down with a season-ending injury and is getting ready to face Clemson’s “crazy” defensive coordinator in only his second start.

Long – who made his debut against Florida State - is trying to watch as much film as possible to try to grasp what he will see from Venables but he said that there aren’t enough hours in the day to fully prepare for Clemson’s vaunted defensive attack.

“You have to watch film – hours and hours – because you have to know what they’re going to do in every situation,” Long said during an interview session with the Syracuse media earlier this week. “You have to know what they’re going to do on first and 10 on the first drive, on the fourth drive and at the end of the game. Their defensive coordinator, Venables, he’s known for doing crazy things. He’s going to bring pressure. Especially with me being a young guy, he’s going to put pressure on me. With their defensive front and their DBs, it’s like, 'We’re going to make him make quick decisions and quick throws because he’s bound to screw up and throw an inaccurate ball that we can take to the house'. That will be his mindset. It’s going to be a challenge because they are athletically gifted across the board.”

However, Long isn’t backing down from the challenge that Venables and Clemson pose.

“It’s going to be a challenge for us up front,” he said. “We did a good job against Florida State but Clemson is by far a different monster entirely. It’s fun. You can’t go into a week thinking, ‘Oh we have to play Florida State or Clemson.’ No. If you want to be the best you have to treat every week the same – the same enthusiasm, the same intensity – because if you don’t you’re never going to be as good as you want to be.“

Not only has Long been watching film of Clemson’s defense but he’s also trying to prepare himself for what he’ll experience from the Clemson fans.

“It’s going to be deafening in Death Valley this week,” he said. “You can tell because they played Georgia and it was deafening and that was a great game. For them, this is a polish game for the rest of the season. They’re on a four game winning streak and we just snapped a four game losing streak so for them they’re on a roll. It’s homecoming and you don’t put somebody on the schedule for homecoming that you don’t feel you’re going to beat. It’s going to be a loud week.”

No matter what happens Saturday night in Death Valley, Long can’t wait to experience the atmosphere and fanfare of Memorial Stadium.

“This is going to be one of the most fun games that I play in my career, especially it being my second start,” he said. “There’s not – at least in my opinion – any venue better than Death Valley. You’re going in there on homecoming weekend. They run down the hill with thousands of balloons flying out. It doesn’t get much better than that.”