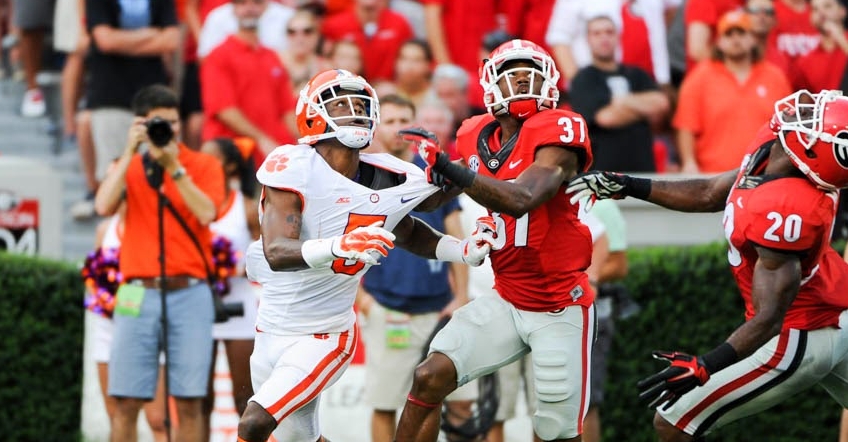 The Tigers and Bulldogs will meet in Charlotte to open the 2021 season.

It was announced a few weeks ago that Clemson and Georgia will open the 2021 season in Charlotte at Bank of America Stadium. The Bulldogs and Tigers already were scheduled to open the 2024 season in the Chick-fil-A Kickoff Game at Mercedes-Benz Stadium in Atlanta, followed by home-and-home contests at Clemson in 2029 and 2033 and at Georgia in 2030 and 2032.

Losing a home contest means the Tigers will play only six in 2021 – yes it hurts the local economy – but it makes sense on many levels. Let’s start with Clemson’s home schedule for 2021, which was lackluster because of the ACC’s scheduling policies regarding Notre Dame. Clemson has to visit Notre Dame in both 2020 and 2022. Those games don’t count as conference games, so Clemson can’t use the usual home-and-home scheduling formula.

In a time when Clemson is competing for a spot in the College Football Playoff each season, adding Georgia and subtracting Wyoming (even at the cost of a home game) is a win for the Tigers. Clemson already faces scrutiny from the national media because of its schedule and the comparative weakness of the ACC. A close loss at a neutral site to Georgia might carry more weight than a blowout win over Wyoming at home. Clemson has always taken pride in scheduling to major out of conference games each season, and they get that with Notre Dame and South Carolina in both 2020 and 2022, but the scheduling oddity left a gap for 2021.

Swinney was asked about the scheduling following Monday’s practice.

“We have had many, many years where we could have done an opener or whatever and probably made more money from an athletic department standpoint, to be honest with you,” Swinney said. “But you lose a (home) game and you only have six games and I have fought that my entire career and will continue to do that. But this was a situation where you set these things out in advance and all of sudden 2021 is sort of an oddball year for us and we really needed another game. And so it worked out, especially being able to go to Charlotte.”

“That has been the formula we've had for a long time, but with Notre Dame it just kind of made that year kind of a weird year,” he said. “So, (Athletic Director) Dan (Radakovich) and I talked about back during last summer, so it's something they have been working on. I hate to lose a home game because it's important to our community here. But this is pretty much what we will do this year and then we will get back on track with how we do things moving forward. But we needed another game. And this is exciting and it just worked out.”

Swinney wouldn’t have made the concession for just any old team, but Georgia is different.

“We might not have done it for just another random team, but the fact that we had a chance to play Georgia is something that I think both fanbases will be really, really excited about,” Swinney said. “Obviously, it's a tough game. That is a hard opener. It's hard to win those games. But it will be an exciting way to start it all off.”