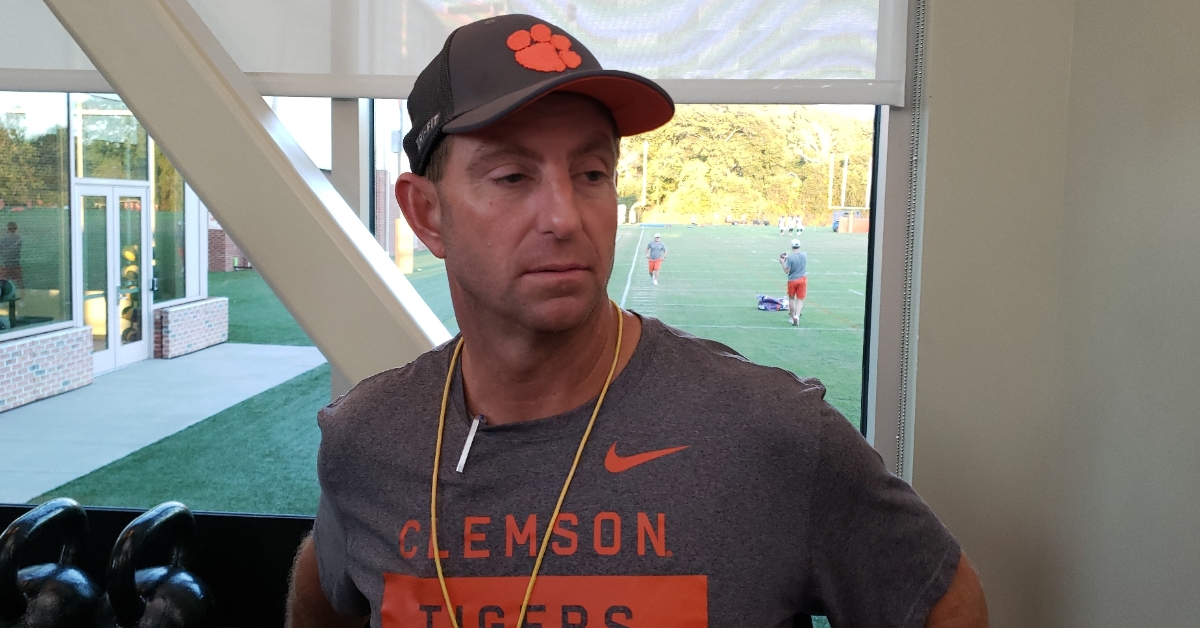 CLEMSON – Clemson versus Florida St. is one of the nation’s top rivalries and Tiger head coach Dabo Swinney says his team has to be prepared to play the most talented team they’ve seen to date.

“It's been really good. The guys have had really good energy two days in a row,” Swinney said after Wednesday’s practice. “Excited to get back out there and play.”

Safety Tanner Muse should be able to play.

When it comes to the rivalry, Swinney said the winner of the game each year has gone on to have a good season.

“For a long time, it's been a top-ten matchup. The last couple of years it hasn't been from a national standpoint,” Swinney said. “For the last 10 years, the winner of this game has gone on to win this league or win the division for sure. I think it gets a lot of pub. We've been good so nationally it's had exposure or Florida State is really good. For whatever reason, I think the game has been big and relevant for a long time. From a division standpoint, we're not really worried about the national stuff, this game - our next goal is to try and win the division and this is the most talented team we've played easily, across the board and getting better. Should be 5-0. We've got a big challenge. It's Clemson and Florida State, they're all big but this one's got a little extra juice in there, so we're excited about the challenge.”

The play of the offensive line

“They've played great all year. They just had a lot of penalties - dead ball penalties that you don't even have the snap. That was the biggest disappointment. We did a lot of good things in the OL. We did not protect well at running back. That was probably the biggest disappointment protection wise. Our procedure penalties, it was hard to have any type of rhythm and it was disappointing because we prepared all week for the stemming and the moving. Our defense does that so we see it every day. For whatever reason, it was just one of those days.

“It was one guy here and one guy there and it was the tight end. It was always a critical situation, especially in a tight game and you're trying to get into a rhythm. You've got minimum plays with people milking the clock. It adds up. They absolutely want to get back out and play better. Our whole team, we want to play better than our last outing. We've played good. We had four games that in the fourth quarter, the game was over but we had one of those games where we didn't play well but we found a way to win and there's something to be said for that. That's part of teaching this team.

“We forget there are 80 freshmen and sophomores on this team and they've got to win those types of games. From that standpoint, it's a positive. For Trevor, in his entire career here - 20 games - he hasn't had a single game in the fourth quarter where he had to make a play that was critical to make a play. Every fourth quarter he's had, we've won the game handily. Of the five games, that was his worst game. He didn't play bad, that was just his worst game - a couple of mental mistakes and missed a touchdown throw. To show the grit and the moxie and the leadership was awesome to see. There were a lot of positives but definitely the team wants to get back out and play a little better.”