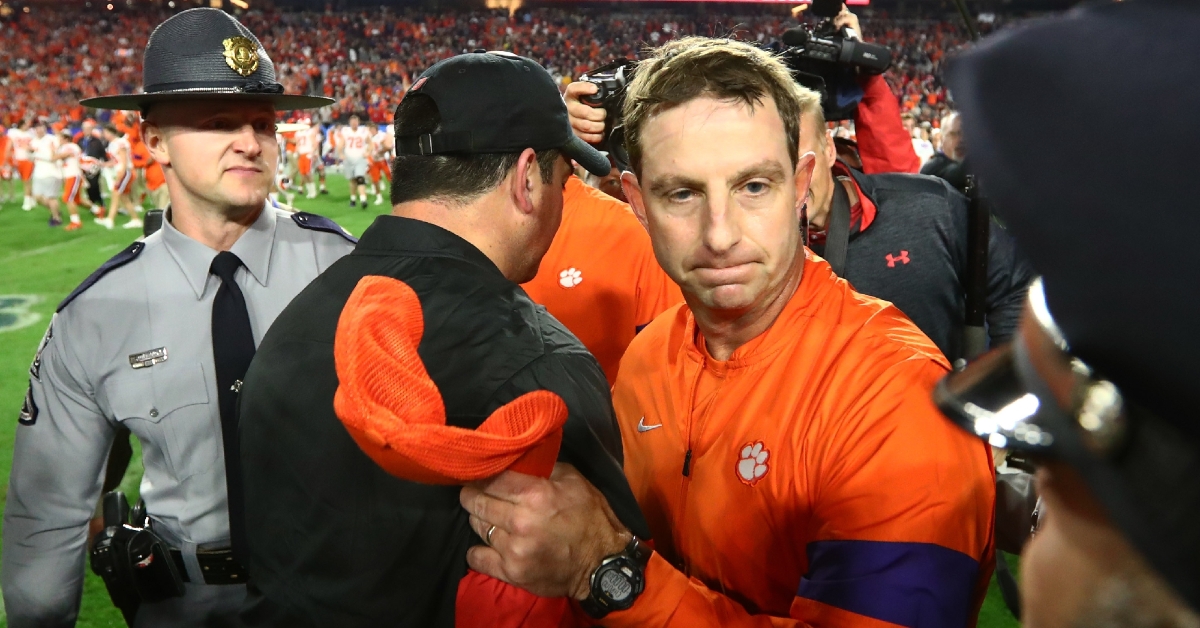 The Clemson football practiced indoors for most of Wednesday’s practice, and head coach Dabo Swinney met with the media to go over a few final details before this weekend.

Top-ranked Clemson (1-0 overall and 1-0 ACC) hosts in-state and Southern Conference foe The Citadel Saturday at 4 pm (ACC Network) in Death Valley. The Tigers have opened as a 44.5-point favorite.

*Swinney said he would love for Ohio State or a Big Ten team to be in the CFP if they start in October (scheduled to start Oct. 23/24) and not November. Said he wouldn’t have a problem with them being a participant having fewer games. “In a year like this, we don’t know how many games there will be.” Coach Swinney said he was happy for the players in the Big Ten now that it looks like they get to play.

He said whoever wins this year has the chance to be the greatest champion ever because of everything that they have had to deal with. He said it is hard to win, period, regardless of who is in the mix. Said a lot of champions have come from the conferences that were already playing.

*He is incredibly thankful that the ACC and John Swofford did the right thing and didn’t let the players and coaches twist in the wind for five weeks like the Big Ten. He said the presidents in the league made a decision based on the information that they had. He said he is happy his team has had structure and the chance to compete and believes they are safer because they decided to play.

*On Regan Upshaw, Swinney said he felt like Upshaw could help at defensive end and moved him a year ago. He spent last year learning and didn’t have a chance to make the field at linebacker. Said Upshaw is a world-class rugby player. The story of Upshaw getting to Clemson is incredible. He said his gifts are really shining through right now and is strong. Says he doesn’t have the ideal measurables that you would like at that position but it doesn’t matter because of his heart and desire. Said he is off to a good start and will help the Tigers all year long. Really hard to block off the edge. Very strong and relentless motor.

*In recruiting, there's a true dead period and coaches can’t even go out and see players on Friday nights. Using a lot of virtual visits.

*Will take a little more time to load the buses and get around the stadium (more buses because of distancing procedures). He wants to see everybody in the Valley that can be there.

*Said Clemson would be a D3 program without IPTAY. He said they have great leadership and IPTAY pays for everything, which is amazing for a grassroots program. He said he signs off on the scholarships that are paid for every year and people wouldn’t believe how much money that takes. He says he has no idea where IPTAY would be without that structure.