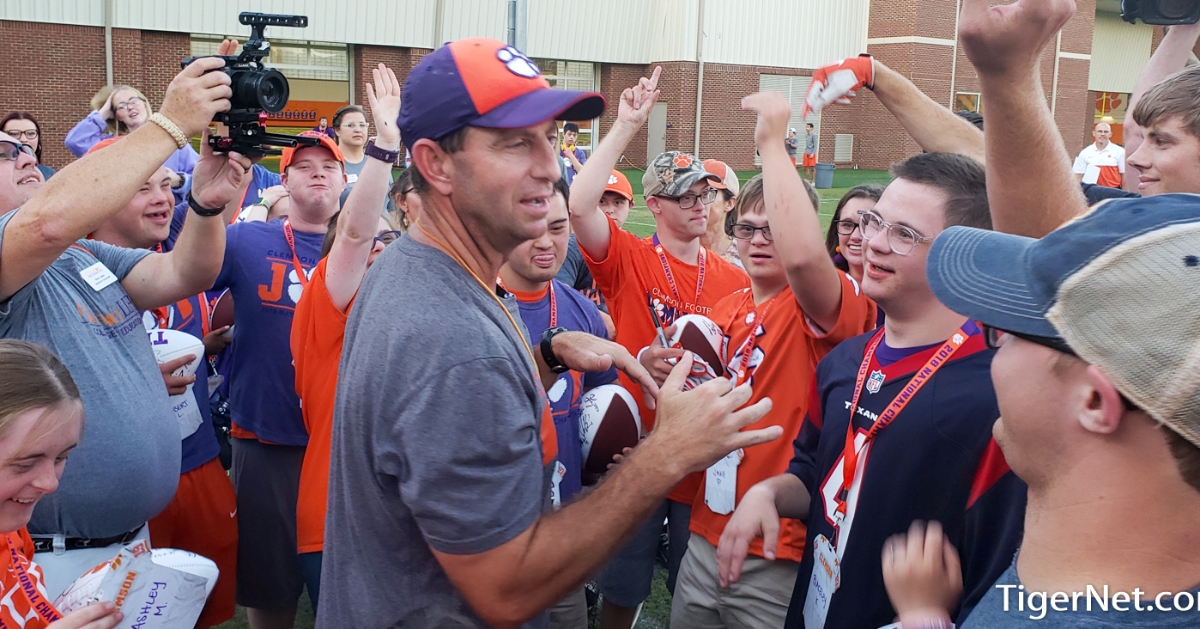 Clemson head coach Dabo Swinney has never been afraid of criticism, and he’s never been ashamed to show his faith. For those that want him to shut that off and just coach football, he has a message for you: that isn’t going to happen.

On this week’s episode of Huddle Up, a weekly virtual sports gathering hosted by the Fellowship of Christian Athletes and Sports Spectrum, former NFL head coach Tony Dungy and Swinney talked about how they operate a football program while still observing Christian principles. Swinney’s wife, Kathleen, joined the chat, and the Huddle Up hosts were recent NFL tight end retiree Benjamin Watson and his wife, Kirsten.

Swinney was asked about his faith, and he said that his job isn’t to make sure his players and coaches are saved, his job is to win football games.

“I always tell everybody, my job is not to save them. My job is to win football games,” Swinney said. “I’ve come under fire many times from different organizations and things like that because of my faith. They want me to just shut that off and not be a Christian.

“[My coaching staff] starts every day with a devotion. It goes around the room and everybody has an opportunity to speak. It could be spiritual, it could just be inspirational, it could be whatever. God has called us to be Christians in everything we do, and I don’t think you can turn that off.”

However, Swinney says he is also not afraid to help a young person grow in their Christian walk.

For those who might want to criticize Swinney, he has a ready answer.

“The hope of the world is Jesus. But God says in (Colossians) 3:23, whatever you do, you do it with all your heart as if you’re working for the Lord.”

Swinney said he hopes that people can see Christ in not only how he does his job, but how he lives his life.