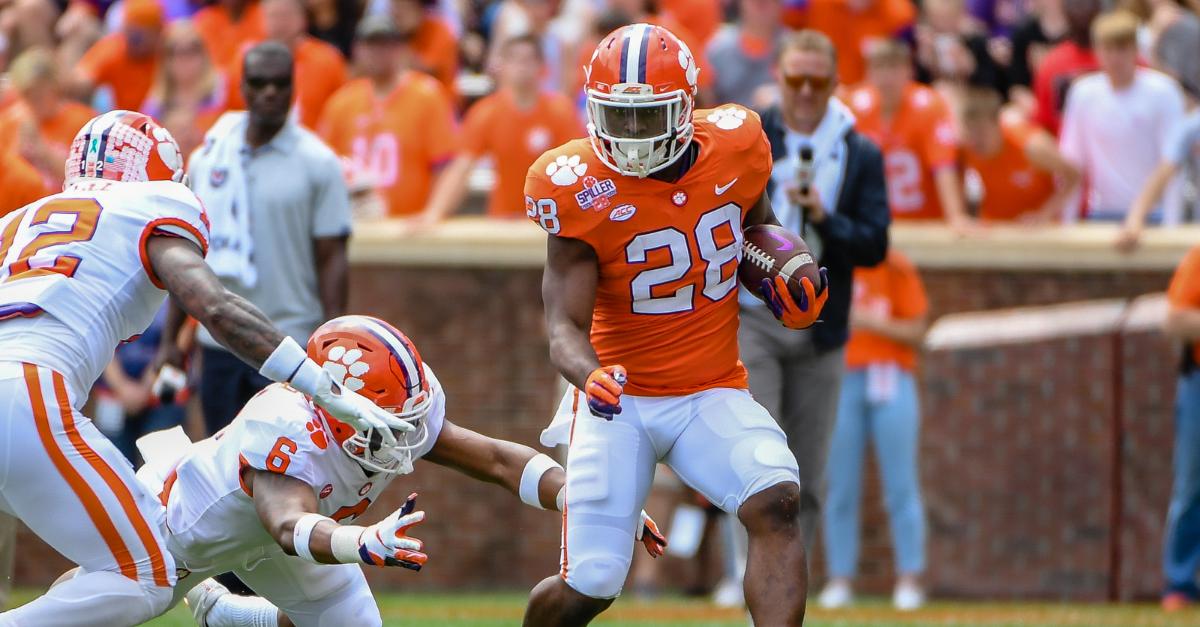 Feaster chose to play for South Carolina in 2019

CLEMSON - Clemson head coach Dabo Swinney had nothing but good things to say about running back Tavien Feaster, who announced earlier this week that he was transferring to archrival South Carolina for his senior season.

Swinney, speaking to the media prior to the start of the first practice, was asked his thoughts about Feaster's transfer.

"This will be the last time I address it, but it's a good question," Swinney said. "The only thing I am disappointed in is that he is not here. He is a great young man from a great family and we never had a problem with that guy."

Swinney said Feaster graduated early and had the right to make the decision he made.

"To me, everything should be tied to education," Swinney said. "He came in and not only was a great teammate but he was a selfless person and a joy to be around. But at the end of the day he graduated. If he felt like he needed a better opportunity then he earned that right. That doesn't mean I have to like it, but when you come to college and graduate, that's what it's all about. I wish him the best in all but one game. But that's kind of where we are in college football and you're going to see that more and more."

"He's a young man I care about and respect and love and always will," he said. "It doesn't mean I have to like it, but that's his decision."

Feaster said wants a place that will play him and help his future chances of playing in the pros.

"I look at it (UofSC) as a place that’s providing me with an opportunity to better myself and better my future,' he said recently. "I haven’t really looked at it from a fan’s aspect because that’s not my job and that’s not what I’m doing it for. That doesn’t really matter to me. What really matters to me is that I go to a place that’s going to use me and play me in the way that I need to be played. Checks all the marks that I need to check."