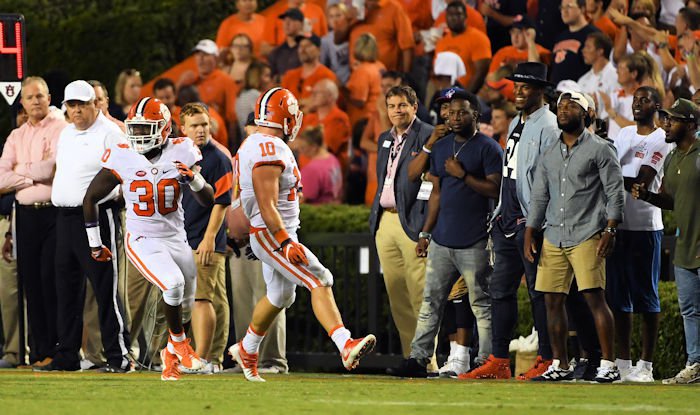 GREENVILLE – Clemson head coach Dabo Swinney says it doesn’t matter if linebacker Ben Boulware had been chosen in the NFL Draft’s first round, a later round, or signed as a free agent, the wrecking ball from Anderson would have rolled into his first NFL camp with a chip on his shoulder.

“I was very surprised in some ways. I thought he was going to go late. I thought he would be a fifth, sixth, seventh round draft pick. That’s about where he should have fallen,” Swinney said Wednesday at the Greenville Prowl and Growl. “But he’ll be fine. He’ll be just fine. He'll be just fine.”

Swinney said that he thinks Boulware was fortunate to be able to pick his team rather than the other way around.

“Sometimes when you’re going (in the) sixth or seventh rounds, sometimes it’s best to not be drafted,” Swinney said. “When you’re a high priority free agent guy and you’re going to have several teams calling you, several teams wanting to sign you, you can negotiate a little bit more from a free agent standpoint. Plus, the biggest thing is you get to pick the best situation, just like coming out of high school when you get pick a situation where you really want to be and really want to go and it's a good fit for you, whereas when you're drafted you don't have any say in that. It's not all bad. Ben Boulware, I'm not worried about. He'll do just fine.”

The Panthers seem to be the best fit for Boulware, and it helps that they are the team he grew up rooting for. 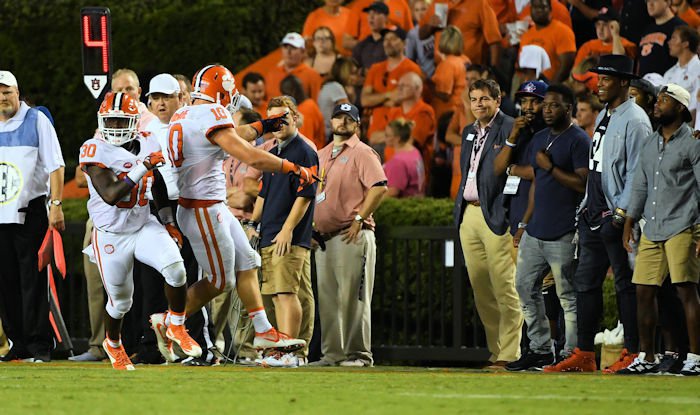 “I'm happy for him. I think that's the team he's always pulled for. They've got good backers there,” Swinney said. “I think they’ve had a hard time getting backers to come there from a free agent standpoint just because they’ve got good people,” Swinney said. “But Ben will go in, he’ll make an impact on special teams, he’ll be a guy that’ll be able to play a couple positions and he’ll fit in just well, just fine.”

“Of course. If he had been taken in the first round, he would have rolled in with a chip on his shoulder,” Swinney said. “That’s just kind of who Ben is. But he’s a football player. He shines in between the lines.

“There are always guys bigger, taller, faster and all that stuff but there’s very few that are going to play better. That has never changed for him. In his entire life of playing football from Pee-Wee to middle school to high school to college, it’s not going to be any different at the next level. He’ll be just fine.”