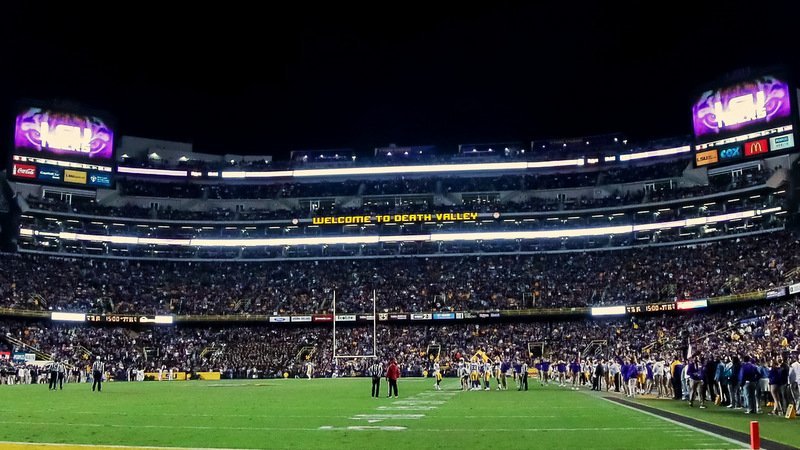 Swinney told TigerNet Thursday he hopes to be a part of the proceedings.

“If I am here, then life is good. I hope I am here. Hopefully, the Good Lord will allow me to see that,” Swinney said. “That would be awesome. I remember when I took the job here, I had a conversation with (former AD) Terry Don (Phillips), and I was like, ‘Terry Don, I know we are not very good right now, but we need to play people because that is going to help me teach and help me develop the culture and the mindset that you have to have to win at the highest level.’ I didn’t think we had that, and that’s what we committed to. That’s what we’ve done for nine years.”

Swinney has been to LSU several times – as a player and coach – and said the bus ride into the stadium is always memorable.

“That’s always an interesting bus ride in, when you’re going into Baton Rouge. They make sure to bring you in a certain way and they’re a pretty passionate fanbase," he said. "It seems like the later at night they play, the more passionate it gets. It’s a great venue, awesome place to be a part of a college football game. I’ve played there, I’ve coached there - it’s a lot of fun.”

LSU recently scheduled a two-game series with Florida St., but one of the games will be in New Orleans and the other in Orlando, robbing both fan bases the chance of seeing another iconic college football venue. Clemson has only played one neutral site game during the regular season under Swinney — a 2012 win over Auburn in Atlanta. However, that game occurred after the teams played a home-and-home series in the two years prior.

“A lot of these people make their year on those seven Saturdays, so I’ve always been against (neutral site games) if it means I’m losing a home game here,” Swinney said. “I want to be here, number one just the community. Number two, recruiting. A game day in Death Valley is special, and you can’t simulate that in one of these other places.

“I don’t mind it if somebody else wants to give up a home game, but I’m adamant and really believe wholeheartedly we need to have our maximum number of games here at home every single year. For the community of Clemson, and Greenville, and Anderson and Seneca, because everybody benefits from that.”