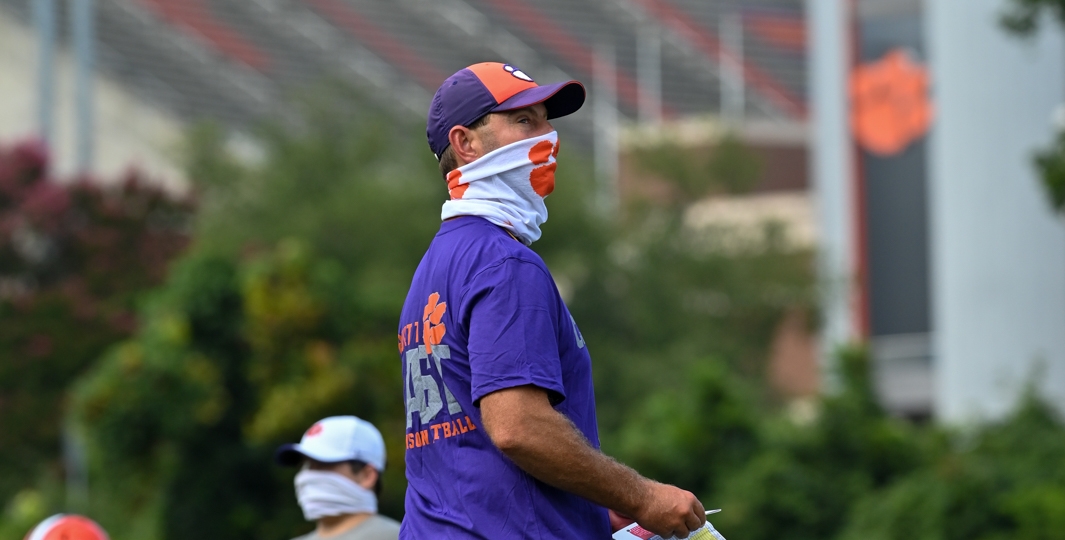 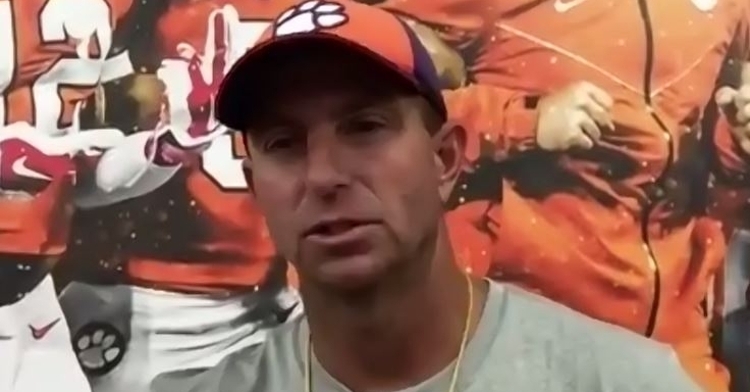 Swinney talks to the media Saturday."