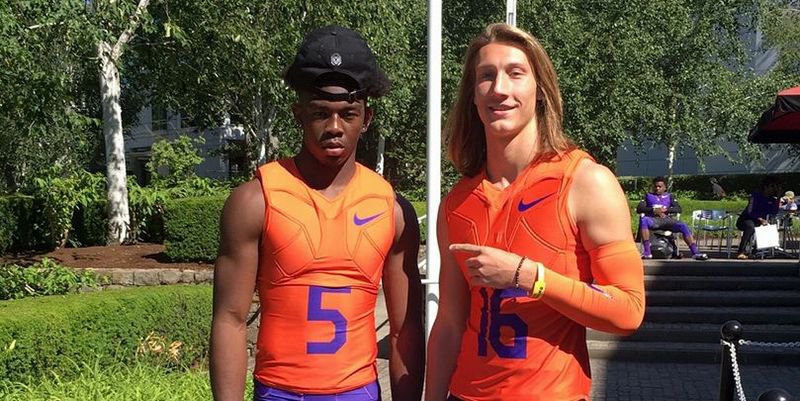 Clemson football has had many big recruiting weekends, but this one may be the biggest, in terms of star power, under head coach Dabo Swinney.

As far as official visits go, this may be the first time that Clemson has hosted five 5-star players in one weekend.

Due to the new early signing period in December, Clemson is hosting all of its commits – regardless of when they intend to enroll – before the end of the season, including Cartersville (GA) quarterback Trevor Lawrence and Bradenton (FL) IMG defensive end Xavier Thomas.

Brendan Radley-Hiles – a former Nebraska commit and teammate of Thomas and linebacker commit Mike Jones – will be on hand. This will be Clemson’s one chance to overtake Oklahoma, who many national pundits believe is the leader in the clubhouse.

Auburn and Clemson appear to be ahead of the rest, including Alabama, when it comes to 5-star wide receiver Justyn Ross. Ross and his family were in town for the Auburn game and he recently made a return trip to The Plains for Auburn and Georgia. Can Clemson seal the deal, despite Ross’ intent to not announce a decision until National Signing Day?

Virginia Tech commit Jordan McFadden – a 3-star offensive lineman out of Dorman (SC) – will take his official visit. McFadden has already taken unofficial visits to Clemson earlier this season and his official to Virginia Tech. Will a visit with all of Clemson’s commits be enough to turn the tide in Clemson’s favor? A decision is expected sooner rather than later? 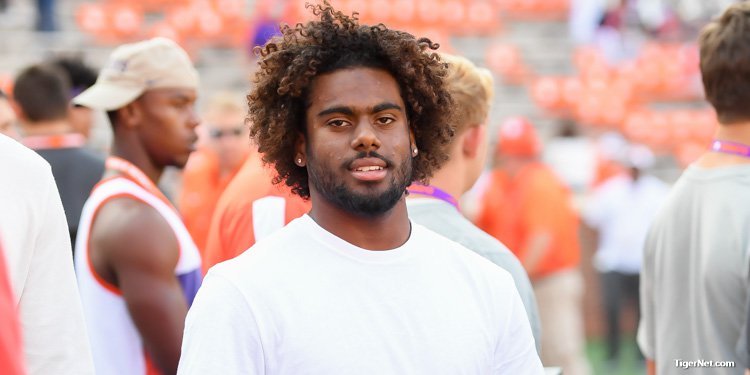 While Tyreke Johnson isn’t new to Clemson’s safety big board, this will be his first visit to campus. Johnson has already taken official visits to UCLA and Ohio State and this will be the final visit before the January enrollee makes his final decision. Can Johnson and the staff build enough of a rapport and a relationship during the two-day visit to make Clemson a factor?