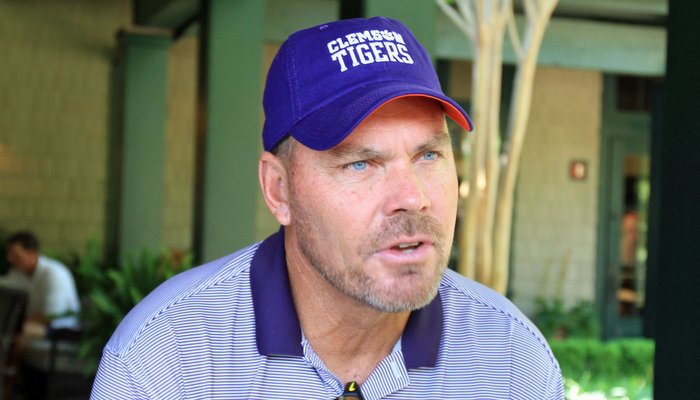 SUNSET – Imagine a scenario where the Clemson football team, on the road for the first time during the 2015 season and facing a hostile Thursday night crowd in Louisville, has to have a big kick late in the game.

Pearman told TigerNet late last month that he feels like he has the players in place to do the job – they just need experience.

“The thing we don't have is experience, and you're not going to get experience until you get in a game. Our job is going to be to put them in the toughest positions in August camp and then try to evaluate them the best we can and get them to the games,” Pearman said. “I think that's gonna be done daily. They are good candidates and they've worked extremely hard this summer. Usually when that happens you reap the benefits. I am excited about it. I hate it for Ammon in one sense, but one man's trash is another man's treasure. We all make choices. I am disappointed from that end, but hopefully he can get back with us. I am charged with having who we have on our roster ready and I am looking forward to that.”

“Alex (Spence) is going to get an opportunity, and (Christian) Groomes has been working hard and will get an opportunity. We have a couple of non-scholarship kids that are probably going to be out there with us. And Andy Teasdall

Andy Teasdall
RS Jr. Punter
#95 5-11, 185
Winston-Salem, NC
View Full Profile is not that bad a kicker - he's been working on that since all of this happened and I'm interested to see how he is doing and see how he can perform. I've seen him perform in a game as a punter, so we'll see how he does. Alex can bring a lot to the table. He is a consistent kicker and can be the kickoff guy. He has a great opportunity to go and get that job.

“Jim (Brown) has a little bit of experience and he's been here a while. It's his time. He's due. I expect big things from Jim, and he's been a good leader for us this summer. David Estes

David Estes
RS Jr. Long Snapper
#61 6-1, 205
Mauldin, SC
View Full Profile is probably behind him and then we have a couple of other kids on the roster we are trying to develop.”

“Kickoff, if we just found a guy in which that was just his job, that would be a big lift for us. It will be interesting to see who can develop into that. In the spring game, a guy that kind of shocked me was Christian Groomes

Christian Groomes
RS Fr. Punter / Kicker
#39 5-9, 190
Central, SC
View Full Profile . He kicked one out of the back of the end zone. If he can be that guy and can do that consistently there is an opportunity there for him.”

“This spring we worked a lot of kids. I am interested to see some of the young guys. Some of the older guys on kickoff return are T.J. Green, and I wouldn't be shocked if Wayne Gallman

Wayne Gallman
RS So. Running Back
#9 6-1, 205
Loganville, GA
View Full Profile is back there. Punt returner will be Germone Hopper

Ray-Ray McCloud
Fr. Wide Receiver
# 5-9, 175
Land O' Lakes, FL
View Full Profile who have that natural ability. It really comes down - especially early - to who is going to be a good decision maker and secondly who is going to possess the ball for us in those situations. We have to put them in those stressful situations in fall camp.”