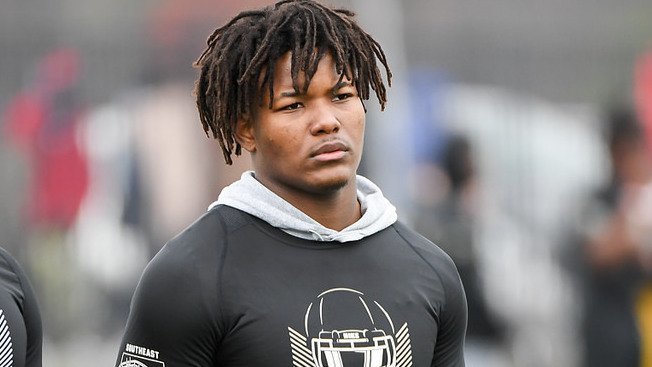 Clemson has been the leader for Bentley for a while now

Vonta Bentley is ready to end his recruitment, and Friday’s All In Cookout might provide the perfect opportunity.

Bentley is a 4-star linebacker out of Birmingham (AL) Jackson-Olin that will be on hand for the annual recruiting summer event, which takes place this Friday. Bentley will have his family in tow, and all signs are pointing towards a commitment.

"Most likely," Bentley said. "They've been showing the most love. I've seen everything for real, I'm just ready to end it."

Alabama, LSU, and Ole Miss are the other schools Bentley mentioned as contenders for his commitment, but none are very close to Clemson at this stage. Bentley said he's been in regular contact with recruiter Todd Bates and defensive coordinator Brent Venables, as well as head coach Dabo Swinney, and he's let them know what he's thinking.

"They are hyped," Bentley said. “The love that they show and the family feel, and that they need me. They said the first thing I would be doing is blitzing. Clemson leads because they are showing the most love, being real with me. They said that they need me and want me and that means a lot to me. If other schools step up to the plate like that and say the same thing then I'll know I'm a need for their program.

“And then, I talk with Coach Swinney a lot, and he's the head coach, and other schools, I won't talk to a coach other than Auburn. Other than that, like Alabama, Memphis, some like that, I wouldn't be talking to the coach. Probably shake their hand and say a few words, that might be it."

Plucking another player out of Alabama would be another win for the Clemson coaching staff.

"I'm a Bama fan. Bama and Miami fan," Bentley said. "Bama wasn't showing that much love. Clemson is showing the most love and hitting me up most every day and stuff like that. Why not? I think it's for the best. They got players, coaching, family feel of it as a team."

What is Clemson’s message to Bentley?

"They said they'll make sure the grades and what I want to do outside of football," Bentley continued. "When I went down there I met with the president of Clemson. Other schools, I never met the president of the school."