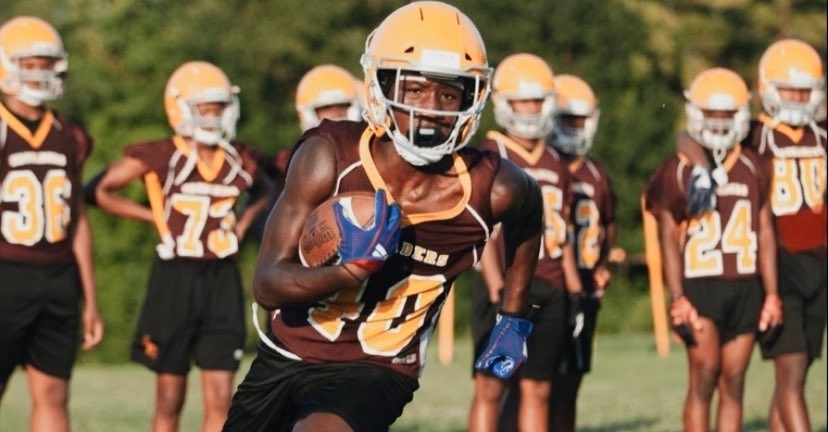 Clemson cornerbacks coach Mike Reed has been busy on the recruiting trail in the 2022 class. Clemson has sent out offers to eight cornerbacks so far, with the most recent going to a 4-star from the Show-Me State.

Toriano Pride has been a hot name in the ’22 class recently, picking up multiple offers from major programs over the summer. Pride announced a Clemson offer on August 27th, with programs like Alabama, Georgia, Ohio State, and Oklahoma also extending offers in the past month. The 5-11, 182-pound athlete from Lutheran North (MO) Saint Louis is currently rated as a 4-star is the 247Sports Composite rankings, currently checking in as the No. 234 player in the country and the No. 6 player in the state of Missouri.

Pride has been recruited and offered by Reed, and Reed has been impressed with Pride on and off the field.

“Coach Reed has been recruiting me, and the message he’s been really giving me is that they care for their players and treat them like their own kids,” Pride told TigerNet. “He loves talking to people and he’s a people person. He’s also a caring guy. He said he’s heard a lot of good things about me and that I’m a good kid on and off the field.”

Once on-campus recruiting resumes, Pride plans on taking trips to some of the schools who have offered the 4-star prospect. Which will Pride be looking for in a school during his recruitment, and which schools is he planning to visit?

“If I like the coaching staff, how many DB’s they’re bringing in my class, and if I like the campus,” Pride said of his big factors in his recruitment. “I want to visit Oregon, Auburn, Ohio State, Clemson, and Georgia after this pandemic.”

Pride was an All-Region selection as a sophomore, and his goal going in to this season is to win another state championship for Lutheran North HS. What does Pride bring to the field that makes him a highly-recruited player?

“A hard-working and smart ballplayer,” Pride said. “I think my strengths on the field is my speed and my ability to cover receivers.”

Pride hasn’t had the chance to visit Clemson, but he hopes to get on campus soon to learn more about the program.

“To be honest, that’s what I really want to get down there and find out,” Pride said of what interests him about Clemson. “I don’t know a lot about the program. I watch a lot of Clemson videos on YouTube.”

Over the summer, Pride was clocked at a 4.53-40 yard dash. On film, Pride is an instinctive player and comes down field fast to make plays. Pride shows quick and active feet when playing press coverage, running stride for stride with receivers and getting his head around on downfield throws.