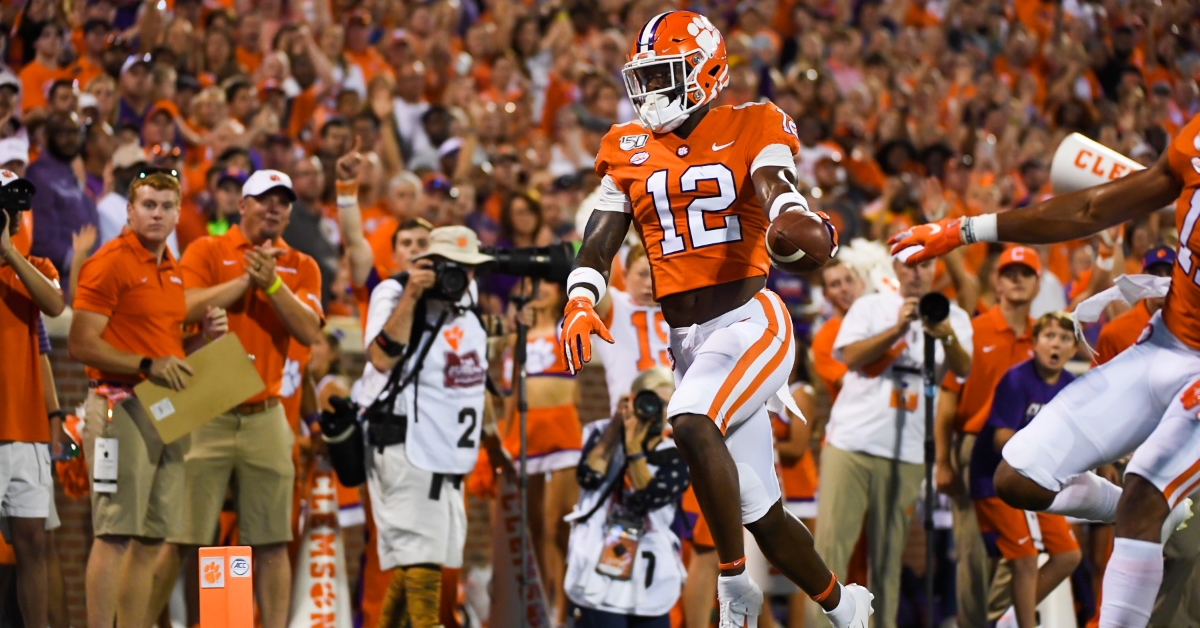 Part two of our season position reviews and grading focuses on the defense (part one for the offense here):

Analysis: The 2019 season meant a largely different role for Clemson’s defensive ends after two first-round picks on the interior went to the NFL. Playing more three-down lineman looks, this group had a another look in the pass rush and to sometimes open things up for blitzers. That said, there was a stark drop in negative plays -- especially at the QB -- created by Clemson’s defensive ends after 34 TFLs (19.5 sacks) from starters in 2018 to 23.5 TFLs (7.5 sacks) from Clemson’s 2019 starting trio. Despite eight starts in 12 games, preseason All-American Xavier Thomas finished with fewer tackles (31), TFLs (8) and sacks (2) than his freshman campaign as a reserve (43/10.5/3.5). The junior Foster was the most productive of the group with the defense’s second-most TFLs (10.5) and QB pressures (12). KJ Henry tallied 4.5 TFLs and a pair of sacks over 350 snaps of his redshirt freshman year. A co-starter, Logan Rudolph posted five TFLs and a sack in 403 snaps, also scoring a touchdown on a 39-yard return. 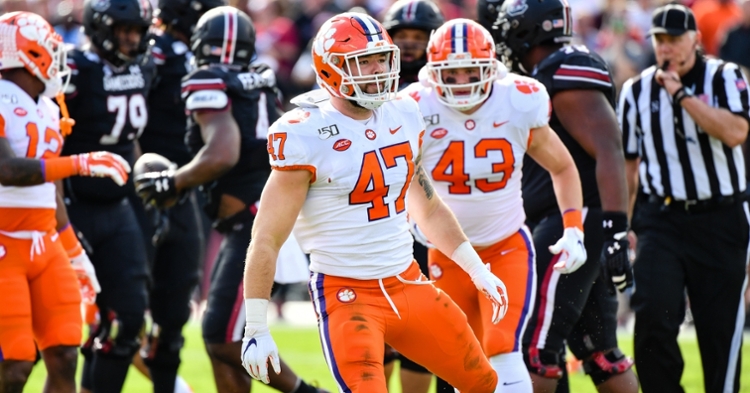 Analysis: As referenced in the DEs section, it was a different kind of year for the interior D-line, where the freshman mid-year enrollee Davis emerged to be a prominent playmaker. Davis ranked fourth on the team with nine TFLs and tied for seventh on the team in tackles (51) with the seventh-most snaps (539). Jordan Williams made the next-biggest impact with the highest rate of snaps-to-tackles on the interior (9.6; min. 10 snaps a game). Compared to the efforts from first-round talents Dexter Lawrence and Christian Wilkins in seasons prior, there was certainly a dropoff, but there were also positive signs that will only show more with increased competitive depth in 2020.

Analysis: Simmons’ grade factors in here in his place on the roster, although defensive maestro Brent Venables used the freak athletic talent all over the Clemson defense this season -- en route to another slew of top defensive rankings. Simmons earned every bit of national recognition in leading Clemson in tackles (107), tackles for loss (16), QB pressures (15), pass breakups (10) and sacks (8). Skalski and Chad Smith moved into starting roles and complemented Simmons and each other well to give Clemson a strong second-level to the defense and much-needed pressure on the QB. The starting trio accounted for 34 percent of Clemson’s sacks and nearly 30 percent of the TFLs (28.5), with reserve linebacker Jake Venables also contributing the third-most TFLs (9.5).

Analysis: The national-title finale took some shine off from the 2019 campaign for Clemson’s corners, but it was still a fantastic year for the duo with the Tigers finishing No. 2 in pass efficiency defense (105.37 rating). Pro Football Focus logged that Terrell hadn’t given up over 60 yards to any single receiver up to the LSU game, where an elite duo in Joe Burrow and Ja’Marr Chase certainly got the better of him. Kendrick’s season was remarkable in how quickly he adjusted to the move from offense to defense and stood tall when opposing teams tried to pick on him. Both he and Terrell logged two interceptions, with 13 passes broken up combined. Mario Goodrich also stepped in to grab an interception and break up two more passes over 205 snaps.

Analysis: A veteran core in the safety group helped drastically reduce the number of big plays allowed, tying for the national lead in 20-yard plays given up going into the national title game (2.5 per) after ranking 70th in 2018 (4.1 per game). They also played a big part in Clemson being among the national leaders in turnovers forced, with nine interceptions and two caused fumbles among Tanner Muse (4 picks), Nolan Turner (2 picks; caused fumble), Wallace (2 picks) and Johnson (1 caused fumble; 1 interception). As mentioned above, Muse earned an All-American honor with 73 stops, 6 TFLs, five pass breakups and two sacks. Wallace was named a top-100 player nationally in Pro Football Focus’ grades (No. 89) after tallying 81 tackles, 10 pass breakups, seven QB pressures and two sacks. Turner added 10 pass breakups in a strong junior campaign.

Analysis: Will Spiers had some ups and downs in year three as Clemson’s punter, but he finished strong -- landing 10 inside the 20 over two playoff games. Year-to-year, Spiers upped his percentage of punts inside the 20 (38 percent from 30) and 50-yard attempts (24.5 from 14). If he had qualified statistically, Spiers would have been around the top-half nationally in yards per punt (42.3). He averaged over 45 yards per punt in a game five times after having accomplished that just three times combined over the previous two seasons.

Analysis: It was a quiet year for Clemson’s return group after Amari Rodgers scored off from a punt return in 2018. Rodgers still finished 29th nationally in yards per punt return (8.4) after taking hold of the job midseason. He finished with only 18 returns this season after 39 last year. Clemson’s kickoff return group is still without a touchdown since 2011 but it was boosted by Travis Etienne’s presence late in the season, moving up to a 36th-overall finish in average yards.

(Grades and season awards tabulated from votes from David and Nikki Hood and Brandon Rink).