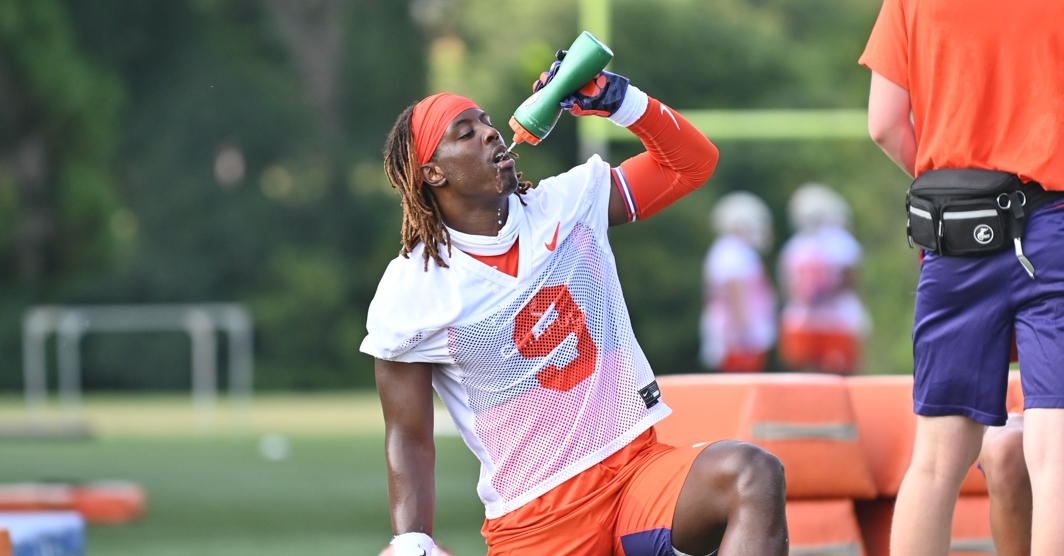 Etienne is chasing numbers that put him among the all-time greats. (Photo courtesy of CU Athletics)

Etienne is already the ACC’s career leader in touchdowns (62) as well as being the country’s active leader in rushing yards (4,038). He ran for 1,658 yards (8.2 per carry) and 24 touchdowns as a sophomore in helping Clemson win the national championship and then 1,614 yards (7.8 per carry) with 19 touchdowns last season.

He wants more and isn’t afraid to make sacrifices to achieve those goals, even if that means making lifestyle changes so he and his teammates stay safe from COVID-19.

“At the end of the day, we have to protect ourselves and be locked in this season,” Etienne said Friday. “It's going to be a different year and a different kind of experience, but this year we just have to focus in on the team and the craft and just protect each other. We can't be out here trying to jeopardize what we want as a team. We will definitely have to make sacrifices for the team and at the end of the day that is how it is going to have to be.”

Despite the uncertainty surrounding the season, he said he doesn’t regret making the decision to return to Clemson for another year.

"I don’t have any regrets because it was my decision to come back. And I definitely came back and got better -- on the field, off the field, mentally, physically, spiritually,” Etienne said. “There’s no way I could ever regret coming back because I got so much more coming back and I was able to show my little brother and family so much more things in life...That’s probably the best decision I could have made to come back and if the season doesn’t happen, I’m still grateful that I came back...Can’t change it and I’ve just made the most of it whether I have a season or not."

There were questions about whether Etienne would opt-out this season and choose his health over his teammates, but that was a non-starter in his book.

“For me, it was just as easy as going back home and seeing my nephews and my little brother and watching them play sports and just seeing how pure the game was,” he said. “And the reason of why we get into playing sports and why I started playing football and why I fell in love with the game. Just getting back to that and seeing my brothers out here grinding. It forced me to want to grind with them and get better and be the best player I can be.”