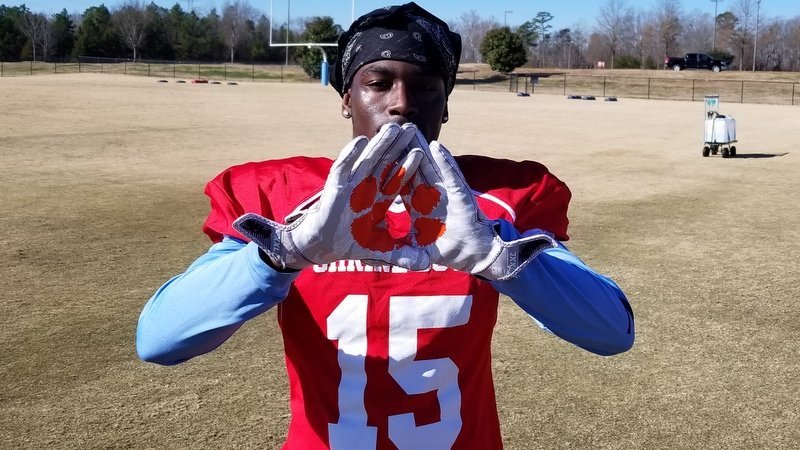 ROEBUCK – Derion Kendrick lined up in the Wildcat at Wednesday’s Shrine Bowl practice, took the snap from the center and burst through the middle of the line with the kind of speed and acceleration that makes college scouts drool. Kendrick runs every play with emotion and with intensity. He runs with a purpose. He runs every play like it could be his last.

He runs for Quan Torbit.

Kendrick is the 2018 wide receiver out of Rock Hill (SC) South Pointe that committed to Clemson last January. No one was prouder of Kendrick than his lifelong friend, Torbit. Torbit and Kendrick had known each since they were babies, were best friends, hung out together and planned what they hoped were fantastic futures.

Torbit was a lively 17-year old with a burgeoning rap career, an interest in photography and was known as one of the area’s best basketball players. Heading into his senior season at South Pointe, Torbit had already made the decision to play football for the first time in his life, joining Kendrick for a final season.

Gunshots on the night of June 25th ended those dreams.

“He had been around fighting and somebody didn’t like him,” Kendrick told TigerNet Wednesday. “They just shot him. We were close for a long time. I was with him the day before at the park and then the next day it just went bad. Ever since then, I’ve just been playing for him.” 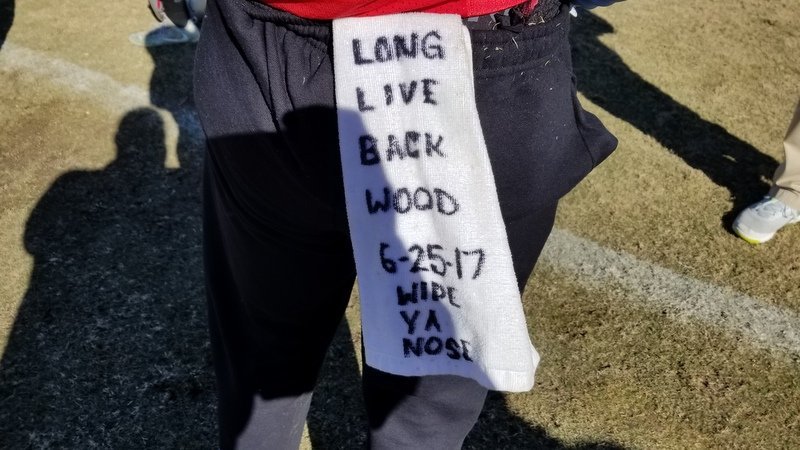 Kendrick sported a towel – tucked neatly into the waistband of his pants – at Wednesday’s practice. The towel featured some of Torbit’s sayings, along with the date of his death. The bottom saying was “wipe ya nose”, something that Torbit said to people whenever he wanted to start a little smack talk.

Kendrick smiled a sad smiled when asked about his friend and the saying.

“It hurts because he was telling me about coming out and trying for football and I was looking forward to that. Also, he played basketball and I was with him every day,” Kendrick said.

Thoughts of Torbit are never far away.

“Every day. Before I go to sleep. When I wake up,” Kendrick said. “All throughout the day I think about him. I listen to his music. He was making music before he died so I listen to that and it keeps me straight.”

He especially misses his friend before games.

“Yes, because at school before every game he would ask me, ‘Are you ready?’ That’s all I hear in my head before my games and it just makes me cry,” Kendrick said. “I just go out there and do what I’ve go to do.”

The things Kendrick writes are a remembrance of loved ones lost.

“Yes, him and my aunt are always with me. Before games, I tape myself up and I write the dates because the same thing happened to my aunt, so I write that on my tape as well,” he said. “I write ‘Long live, Back Wood ’ because that was his nickname on the inside, so I can keep them with me at all times.”

Kendrick always follow his friend’s advice – stay out of trouble, get out of the neighborhood drama and make a successful life with the tools he’s been given.

“He always wanted me to stay away,” Kendrick said. “I always try to just stay at home so that I don’t have to be out.”

Kendrick isn’t one to bother with drama, and that’s one of the reasons he ended his recruitment early.

“It just released me from having to deal with all of the messages and calls every week,” he said. “I’m just glad it calmed down so I can just settle.”

He stays settled until he steps foot on the field, and then all of the emotion, pride and hurt are unleased on unsuspecting opponents.