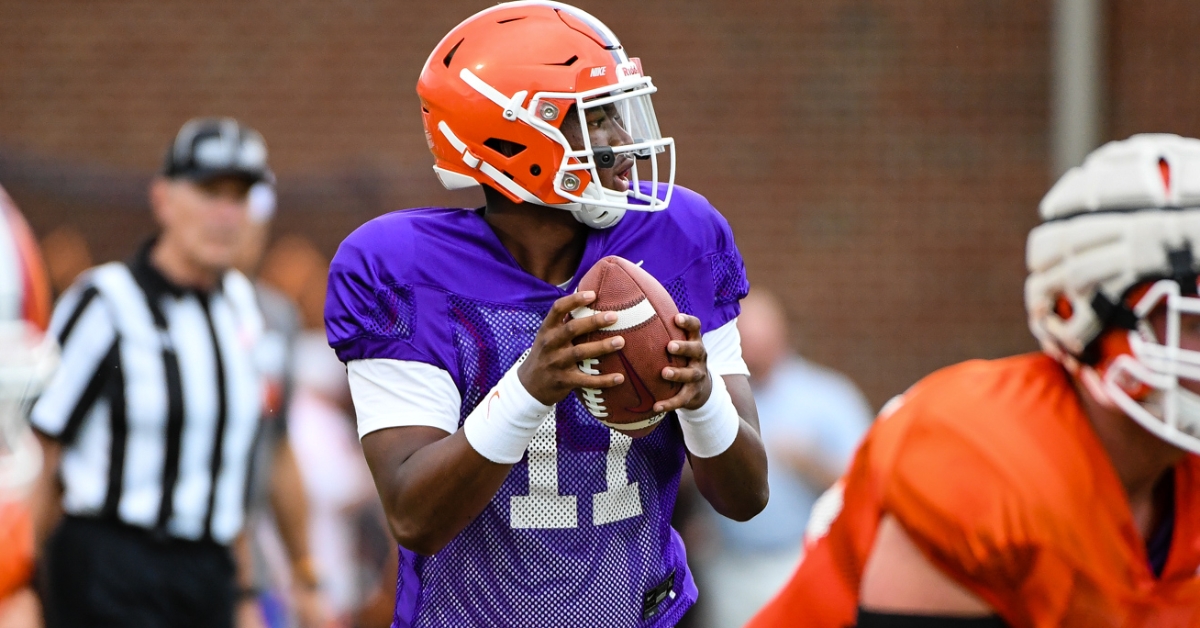 With the departure of backup quarterback Chase Brice Taisun Phommachanh has an opportunity to take a step up on the depth chart, and he’s hoping a year of preparation has him ready to take that next step.

It was a year of learning after enrolling last January.

“It’s been real good. Just going out there and getting an extra year to learn behind Trevor and Chase. Just taking it all in,” Phommachanh told TigerNet. “I was able to come in and learn the playbook and how the system works and that’s the main thing as a quarterback.”

The year allowed him to watch how quarterback Trevor Lawrence goes about his business while also building a bond with the quarterbacks.

“Watching him prepare week-in and week-out,” he said. “It’s just amazing what he would do to get ready for the game and just pick up on all that stuff. We all have a good bond and get along with each other and grow and learn from each other. They’re just telling me to hang in there and learn every day. Take it all in and don’t take nothing for granted.”

Phommachanh had limited opportunities to showcase his skill set during the season but relished each chance he had to get on the field.

“I would say just going out there and running the offense. Executing what we need to execute and just getting the job done,” he said. “When the opportunity comes, that I just showcase what I’m able to do.”

The consensus four-star prospect said moving from Connecticut to South Carolina was an adjustment.

“It’s been big. A kid from up North coming down South is definitely a big culture change,” he said. “I had to get used to all that kind of stuff.”

What is he working on the most?

Phommachanh said he felt like he had a good grasp of the playbook by the time the College Football Playoff rolled around and he would have been ready if he had been needed.

“That’s my mindset. Coach Swinney told me, ‘You got to be ready. Your mindset is going in to win the game.’ You just have to lock in each week even if you’re not getting as much reps or stuff like that. I just got to lock in and be ready for my moment,” Phommachanh said.

The Tigers lose Brice but have added 5-star prospect DJ Uiagalelei, who enrolled in January and will participate in spring practice. However, Phommachanh is at peace and said he loves Clemson.

“It’s amazing. We’ve got great teammates and great players,” he said. “It’s great to play with them.”