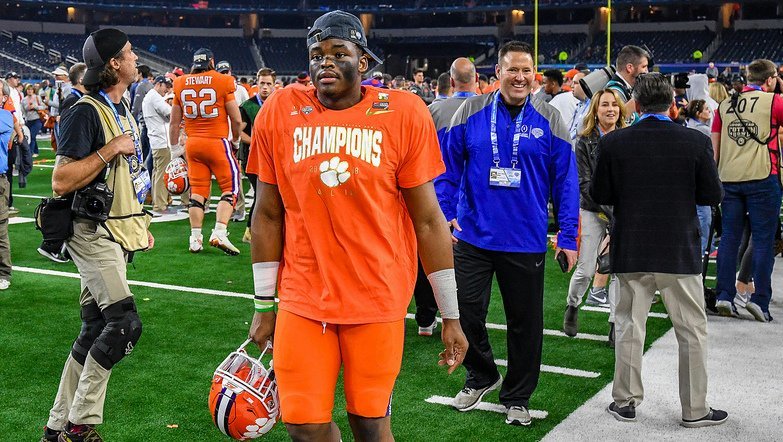 Mike Jones is ready for the start of spring practice

Freshmen typically gain weight during their first year on a college campus, and linebacker Mike Jones, Jr., is no exception. The difference is that Jones put on muscle while most freshmen put on fat.

He was credited with three tackles in 15 snaps in three games while redshirting and posted three tackles in 13 snaps in his collegiate debut vs. NC State. He also saw action vs. Louisville and Duke but admitted to TigerNet last month that a redshirt season has its ups and downs.

“It's been tough and good at times. I would probably say the biggest thing I have learned is just to be patient,” Jones said. “Not that I've only learned that since I've been here, but with redshirting you really have to learn to be patient and grind and then whenever it's your time it will be your time.”

Jones said the highlight was the game against NC State and his relatively extended playing time.

"That was the first game I got to play in. Me and Jake (Venables) both got in," Jones said. "You go through fall camp and the first weeks of the season and you’re going through Power Hour and you play on the scout team, and then when you finally get to play you realize what all the hard work is for. It’s make me want to work even harder.”

The Tigers lose talented linebackers Tre Lamar and Kendall Joseph and the Davis twins, but Jones figures to slip into a backup role at the SAM linebacker spot manned by Isaiah Simmons. As a result, he’s looking forward to competing for a spot in the spring.

“I am really looking forward to the spring and getting out there and competing for a spot. There is always going to be an opportunity and an opening, especially with the way college goes,” Jones said. “I don't guess I really realized how college goes until I got here. Every year you have guys leaving. I feel close to all these guys. They are the same guys since I got here last spring. To know these guys are gone, it stinks to really think about it, but it's an opportunity.”

Strength and conditioning coach Joey Batson’s Power Hour has also been a learning experience, and it’s where Jones has gained additional weight.

“Power Hour has been great. It's been hard,” he said. “You lift before practice, but only good things come out of it. Right now, I am at 228, but I need to get down to about 220 pounds. In our Power Hour, we do a Nexus scan, and I have gained so much more muscle, so now I have to cut down on body fat. I am playing really fast right now. But to be in the best shape I want to be in, I have to be around 220.”