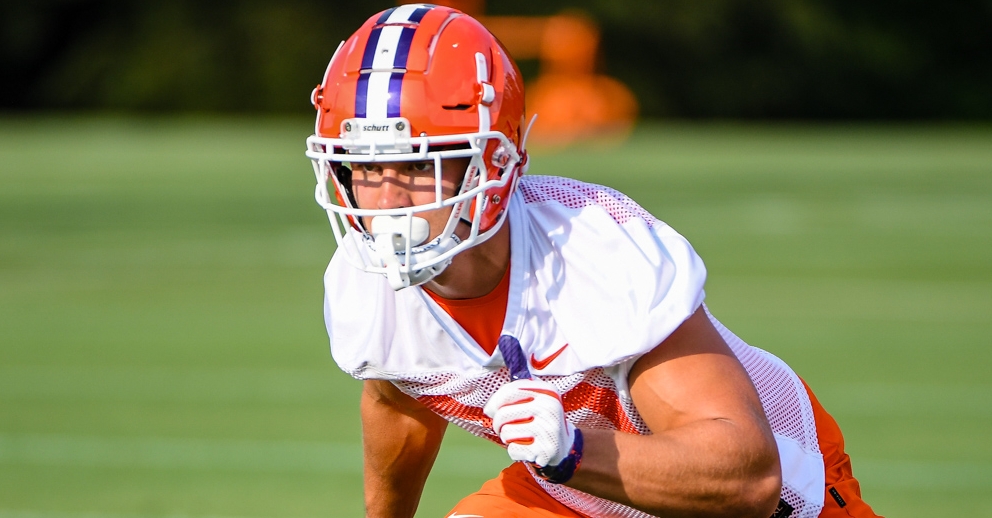 In a continuing series of interviews with the freshmen of 2019, TigerNet talks to linebacker Keith Maguire.

In High School: Talented four-star linebacker who ranked as the best player in Pennsylvania by some services … had strong 2018 season, leading his team to third straight Inter-AC Championship in a row … as a senior, had 106 tackles, 18 tackles for loss, five sacks and four interceptions … also had 313 yards rushing and 314 receiving on the offensive side of the ball … scored 14 total touchdowns … two-time conference MVP … named all-state in 2017, and the 2018 team was not yet announced at the time of his signing … No. 219 player in the nation by Rivals.com … that service also ranked McGuire as best player in Pennsylvania and 11th-best outside linebacker … seventh-best player in Pennsylvania by 247Sports … No. 26-best outside linebacker by PrepStar … led his conference in tackles as a junior … had a touchdown catch in 2017 that was the No. 2 play of the day on ESPN’s SportsCenter … played high school football at Malvern Prep for Dave Gueriera … very active in community service, he went on a 10-day trip to Dominican Republic in June to help build homes … also played on lacrosse team at Malvern … from same conference that produced Matt Ryan (Atlanta Falcons) and Mike McGlinchey (Notre Dame All-American) … Clemson recruiters were Brandon Streeter and Brent Venables … committed to Clemson on April 27, 2018.

On his redshirt season

“I just learned a lot about knowing the game and how college football works. And all the work you’ve got to put it in. It helped a lot to learn the defense. It’s a lot different from high school. A lot of different moving parts you’ve got to get down. School, working out, film work -- everything like that. This year was really helpful in learning how to handle that and get a good base down to improve my game for years to come. I was just real thankful for this year. Learned a lot. Was able to play a little bit and get some good experience in. I had a really good redshirt year. It was really helpful.”

Moments that stand out on the field

“I enjoyed every moment I was able to get in. The ACC (Championship) game was a cool experience playing in that big of a game. Definitely my first game against Georgia Tech -- that was really cool to experience that and play in Death Valley for the first time. That was really cool.”

His interception in ACCCG

“That was a really cool feeling. That was my last game. I was only in for a few plays and the fact I got to do that was a great feeling. A lot of hard work and I felt like it paid off with that.”

What he improved on most over first year

“Probably my knowledge of the game. Just learning the defense. Becoming a better, well-rounded linebacker. On defense you have to be smart to play linebacker. Got to know what to do and what everyone else is doing. I feel like improved in that. Obviously I have a lot more to do. I feel like that was the biggest improvement I had.”

On working with Brent Venables

“It’s been crazy. He’s an intense dude. He’s really smart. With everything, he’s so meticulous with his gameplan and seeing it in action you can tell why Clemson has one of the best defenses for the past few years. Because he’s not only a great coach but also a great gameplanner. He’s always on point with everything and ahead of the game. Doing his job.”

Working on most this offseason

“Getting in the weight room a little more and gain a little more weight. I feel like I’m on a good path. Just my film work and my plays and where my fits are and what I have to do and what everyone else on the defense is doing just so I can be out there and be confident on the field. Just be ready to make any play that comes to me.”

“I think I’m an athletic linebacker. I think that will help out a lot. I played wide receiver in high school. That gives me an advantage. As inside linebacker and an outside linebacker I can cover the slot. Being an athletic, big linebacker will get (Clemson fans) a little excited I guess.”

“Right now I’m at WILL. I will probably play a little of SAM in the spring...Just WILL and SAM right now kinda figuring out where they need me more and what will be the best fit for me.”